After best roll with Facebook ads, and then having to move all of the business into another account, the cost per lead went up 10x the normal cost and conversions sank. Same pixel, same audience. What could be some reasons why that happened? 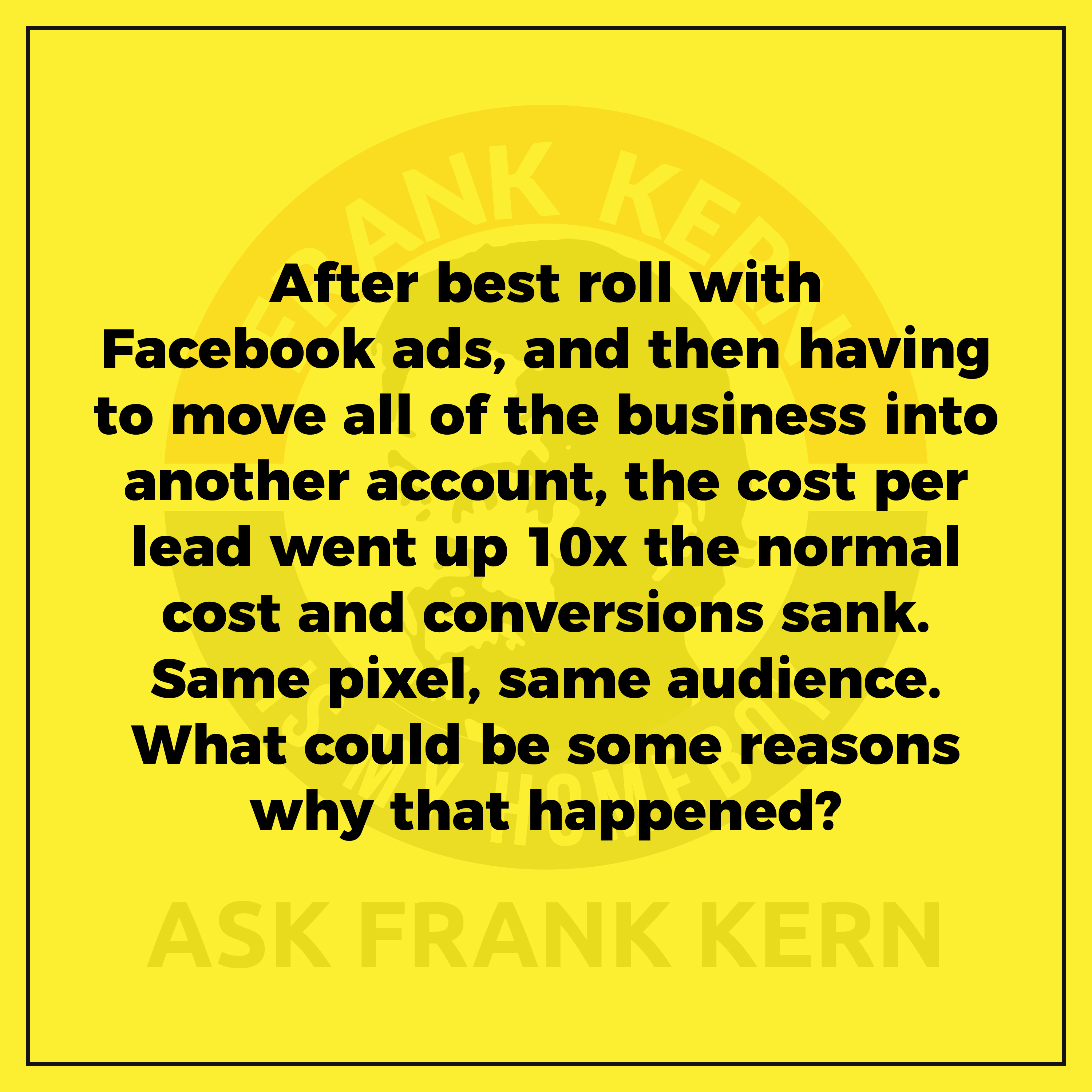 He had, from April to July, his best roll on Facebook ads. He had 13x return on ad spend, and then he screwed up. He had to set up all of the business into another account. His cost per lead went up 10x the normal cost on conversions sank. Same pixel,...