What courses of yours are a good fit for a very advanced, well-established internet marketer? - Frank Kern Greatest Hit 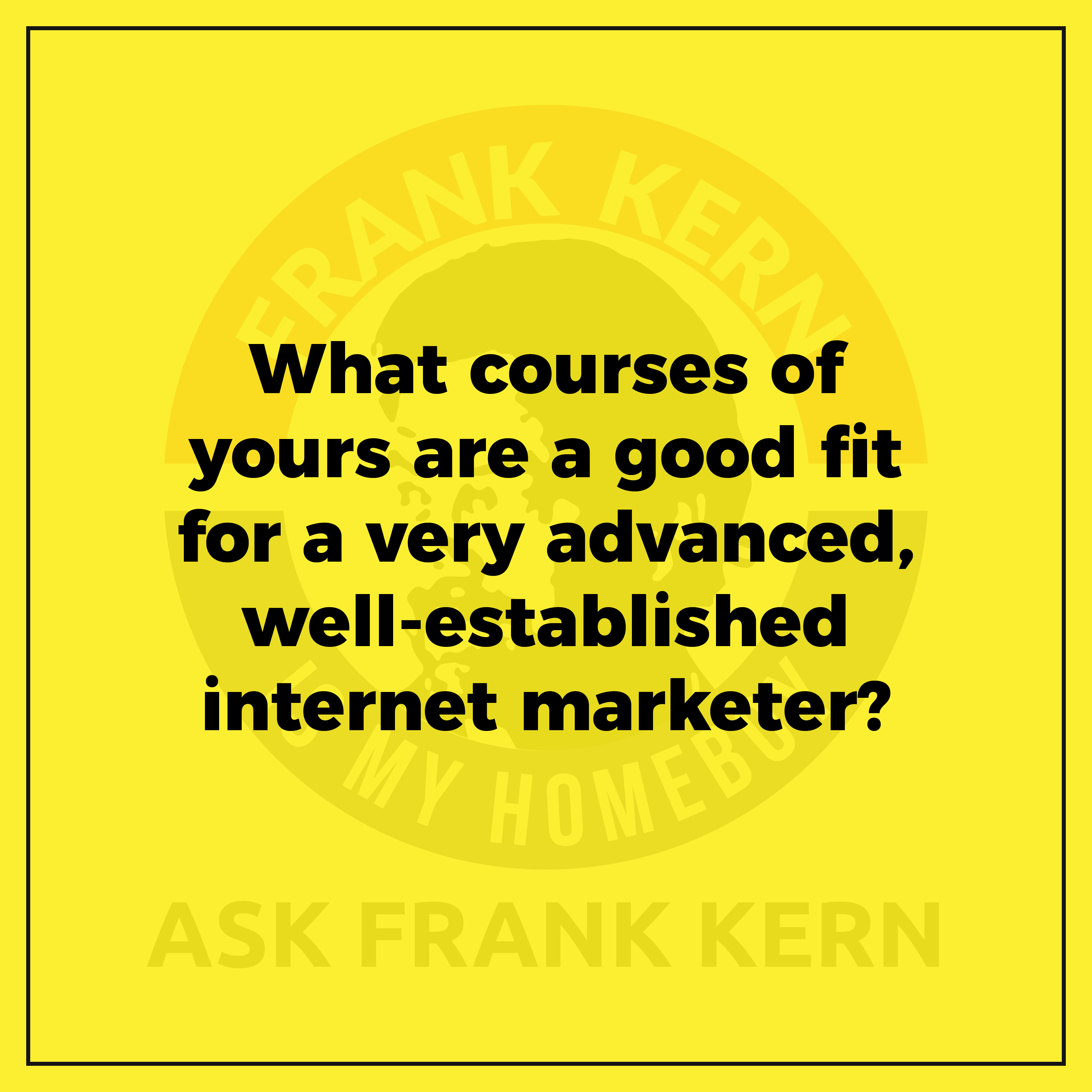 What courses of yours is is a good fit for a very advanced well-established internet marketer really depends on the desired outcome. You know, I consider myself to be a very effective advanced well-established internet marketer, and the, what I always go back to is the fundamentals or.
Because I'm obsessed with things like running ads personally, which might not be the best use of time by the way. But I teach this stuff. So I want to know how to do it or heavy tactical stuff on how to like, do Google display. Like I spent two hours on zoom with Justin Brooke today to be a real, yet guy, nicest dude, ever, such a generous man.
Um, you know, so I spent that time, but. If you're looking for like, you know, some whizzbang complicated thing. I don't want to sell you one because probably, and if you're like most clients I've ever had that are, well-established very successful. Probably the bottleneck. Is that you built, you've done something that worked really, really well.
And then your brain, which is like mine and all other successful entrepreneurs, it's like, okay, we solved that problem. Let's do something else. This is no longer stimulating. And so now it's like, let me try this other thing. And this other thing is definitely, so anytime I get one of you, well-established super successful folks what'll happen is I'll say, okay, what are you looking to accomplish?
And you'll say, I want to make more revenue and I'll say, okay, cool. So let me how all the business works. You will. And then I'll say, okay, show me all the systems and processes and the will, and I'll say, okay, what was your best month? And you'll say it was this one. And I say, what were you selling? You'll say that.
I'll say, how were you selling it? And you'll say, well, here was the promotion and I'll go run that promotion again. Yeah. And automated, that's it. That's the whole freaking thing. 90% of the time, people buy automated to hear that because they're too busy. Be in advanced and running the business. And I know, I mean, you know, running a freaking business is no joke.
Right. But it's usually less, less is more fine. The one thing that's working to do a whole lot more of that, there's a reason I'm going live a whole lot more because I wouldn't know. I was like, man, Mike, when I went live a lot, I sure didn't make a lot of money. Maybe I should do that some more.