Do you recommend collecting lead forms directly from Facebook? How do you utilize important but questionable photos within Facebook ads? 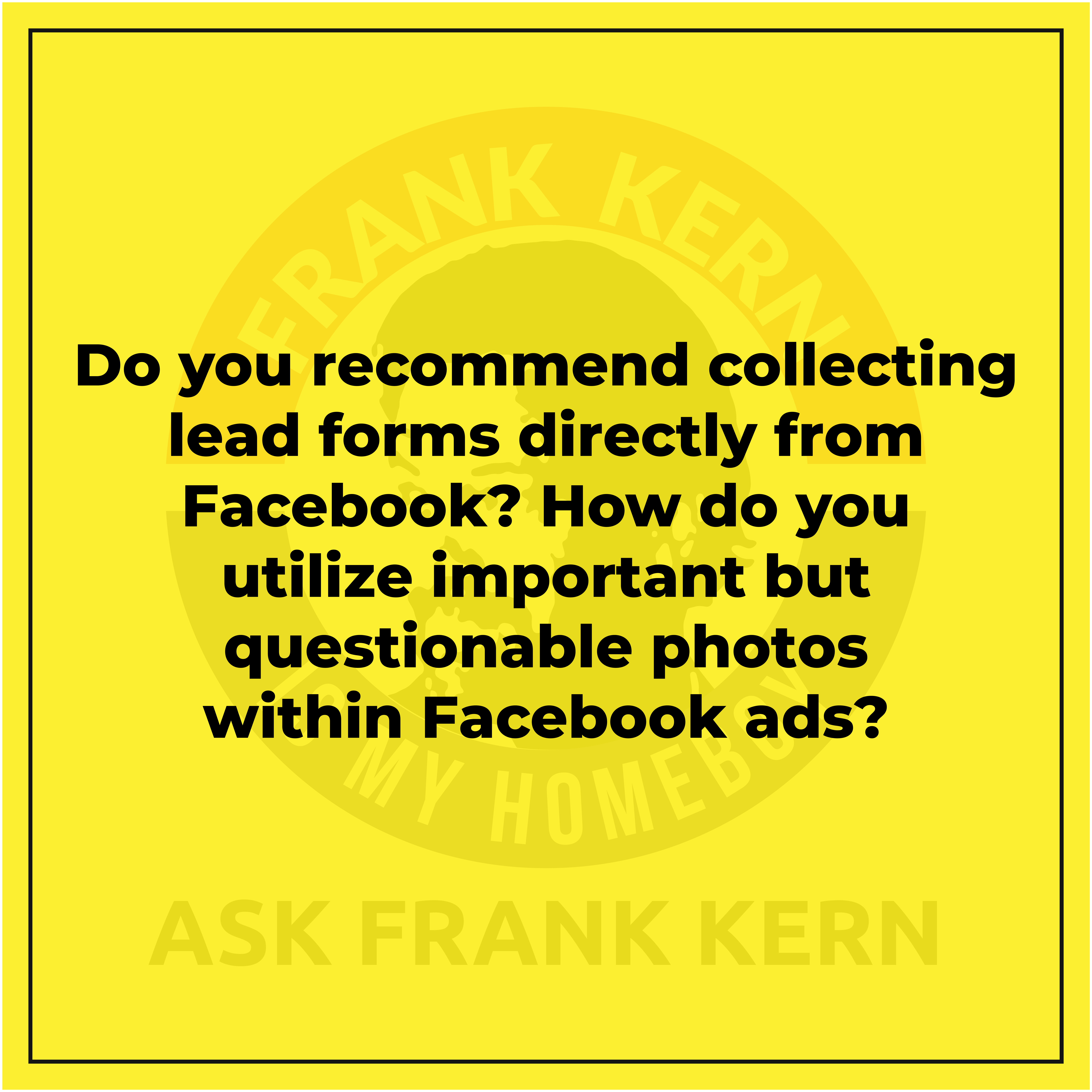 I've got a client who is doing this is diabetes treatment that is unlike any other. It's been around for 20 years, but it hasn't been promoted very well. And, when you're promoting stuff on Facebook, especially in the medical world, the ad got...