Explain a little bit more on the budgets, specifically optimization and delivery, and how does Facebook charge? 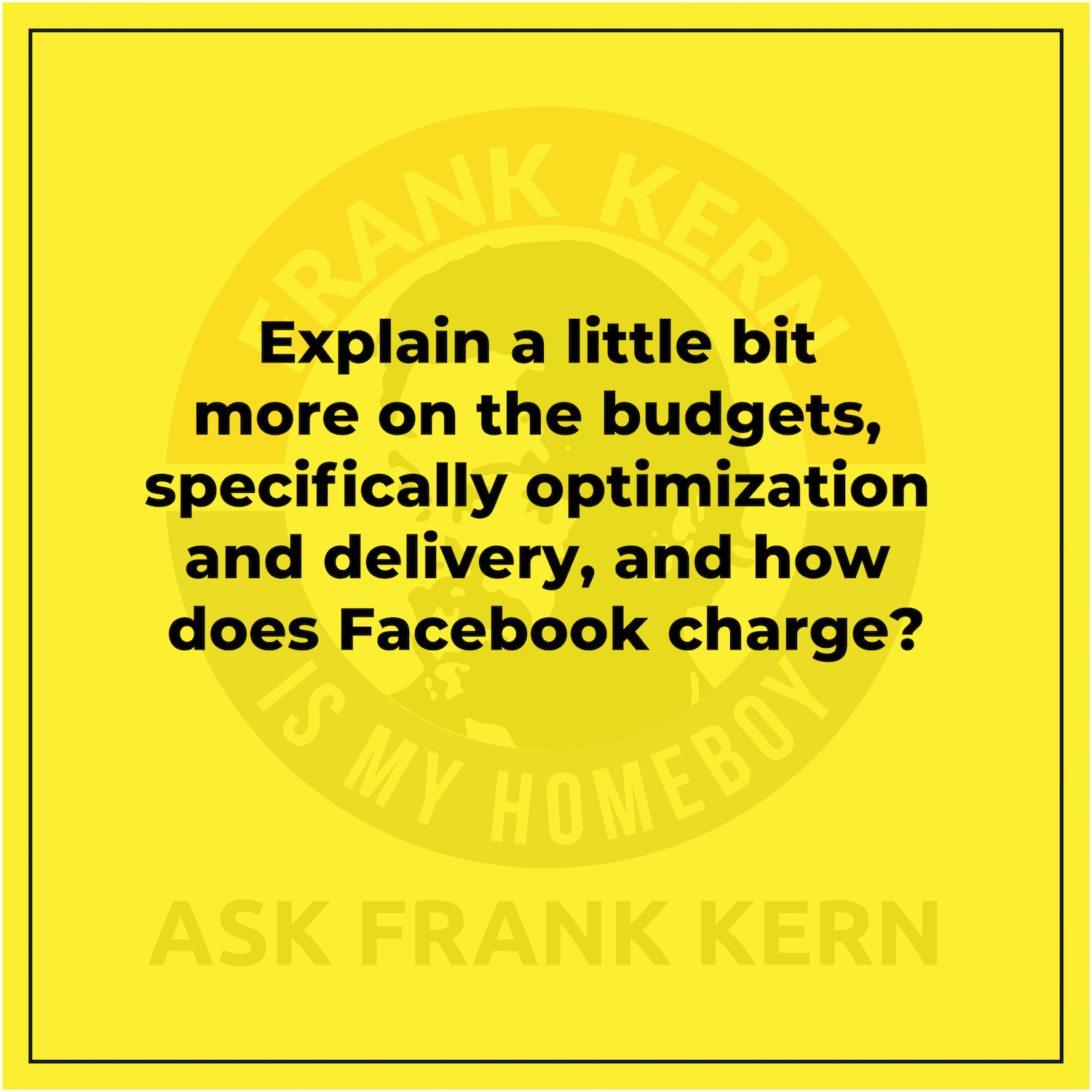 If you can explain a little bit more on the budget, specifically toward the bottom of the page, that says optimization and delivery and how basically, how does Facebook charge you?  Oh, ok, I think she's talking about...

If you can explain a little bit more on the budget specifically toward the bottom of the page that says optimation optimization wow. And delivery and how basically, how to Facebook charge you. Oh, okay. So let's see here. I think she's talking about, come on. This I think right here.
Well, what am I looking for? Where's this optimization and delivery thing. Oh, here we are. Yeah. Okay. So optimization and delivery is what the objective of the ad set is. So in this case, it's the leads. Right. So if you were to go out and create a campaign where instead of getting a lead, you want people to watch video views, this would be different and it would say video views.
And so there's a lot of things you can tell Facebook to go out and get someone to do for you. So that's what this means now, how they charge you. It's auction-based generally speaking. So they've got, you know, a finite number, even though it seems infinite, right. But a finite number of available. Inventory is what they would call it, which is amount of ads that can possibly be shown to the audience.
And so they're going to charge based on how many other advertisers are trying to show to that same audience, the type of ad, um, the likelihood of the person actually doing what it's optimized for. That's why I recommend standard events instead of custom conversions, by the way then. So it's a real, like, um, Mysterious formula that they have for it.
And nobody really knows, but it's basically auction-based, you know, with some variants determining, you know, like typically video ads are more expensive. If it's a conversion, a conversion ad is more expensive than a lead format. Um, conversion ads are gonna cost and by the way, all of the, the cost is here in your well where'd you go.
This cost per impression, cost per 1000 clicks. That's what you're actually not 1000 clicks, 1000 impressions of your ad. That's what you're paying for. And then your cost per click and all of that stuff is sort of extrapolated based on that. How many clicks you get out of this 22,000 or $22? I paid for a thousand impressions and this case it was eight.
Um, which pretty good. And I only had 223 impressions so far. And so you kind of get the math. So long answer to it, but that's it, that's it.