How do I go about differentiating myself from the competition? 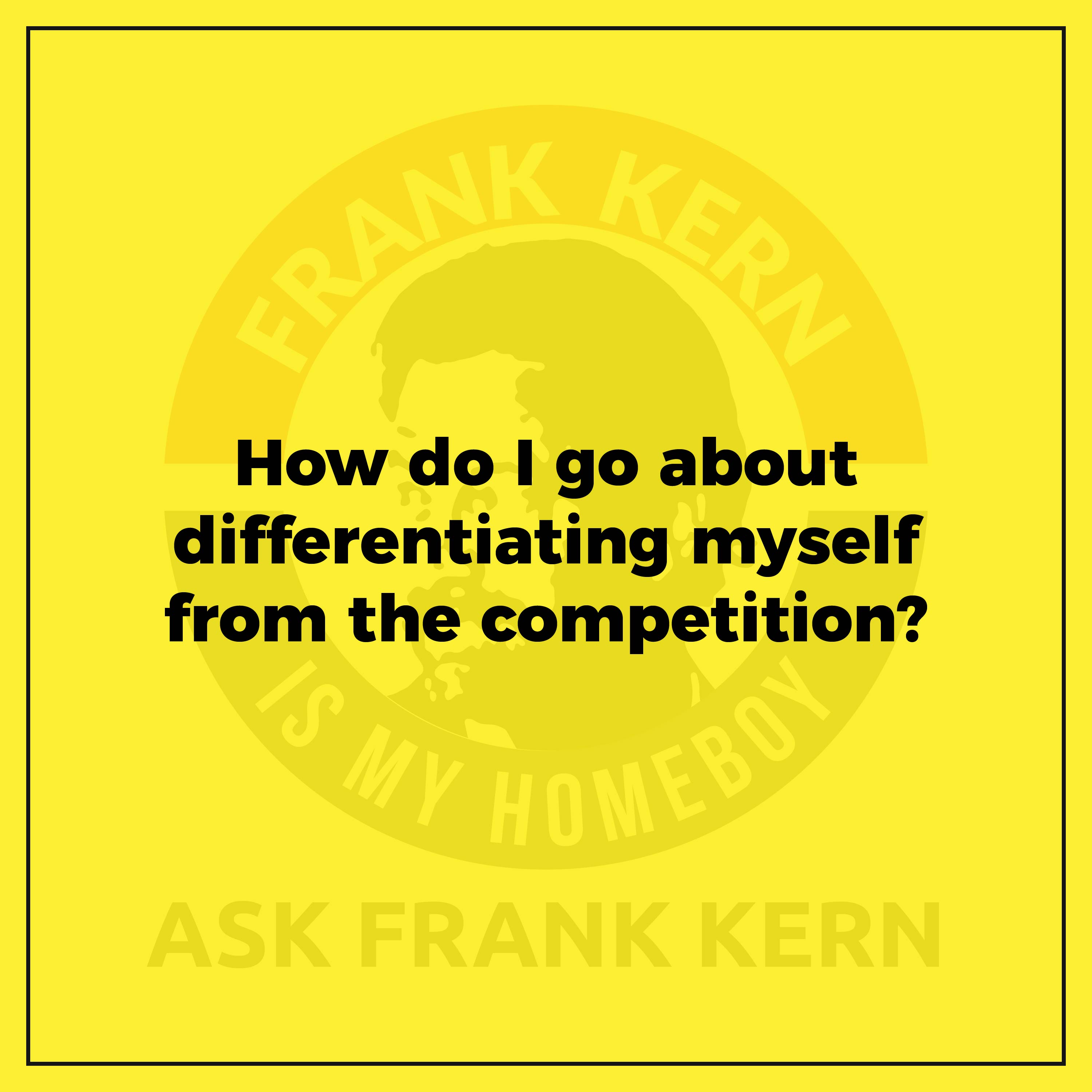 I want to be seen as different, partially because I'm more expensive than other videographers they may have experienced in the past. So how would you go about that, would you want to educate them about that in maybe that first free video?

How would you go about, um, cause I, I want to be seen as different because partially because I'm more expensive than other videographers and they may have experienced in the past.

So how would you go about, would you, would you want to educate them about that in maybe the first, that first free video? Yeah. So you need to isolate what the other guys are doing. And then find a thing that you're doing this different and highlight it. So, classic example of this is Dan Kennedy, who thankfully is still alive.
Um, you know, he almost died and scared the hell out of everybody and then didn't, and I'm glad he didn't. So his competitors used to be big ad agencies. And so he was a consultant. He wrote copy. And he dealt with companies that are used to hiring big ad agencies and he was significantly more expensive and his differentiator was, Hey, look, you don't want professional looking slick stuff.
You want hardcore direct response, ask for the offer, you know, state the benefits, et cetera. So his positioning would always be, here's all the stuff that everybody's doing and it's stupid and here's how to do it. Right. And I'll do it for you. And, uh, so there's an I, weren't all of this from him, by the way, there's a series of agreements, which is one, you agree, you want this thing.
Number two, you agree that doing in this case, videos is a vehicle by which getting this thing as possible, this thing being more sales. And so now once you have that series of agreements, there you say, okay, we can also agree that the traditional way has been this. I dunno, make highly produced videos or homemade looking like whatever.
And so now you then pivot and say, well, here's the deal doing it this way that the other guys are doing it is actually totally wrong. Here's the right way. And then you make the argument for the right way and then you offer, Hey, I'll do it for you or here's how you do it yourself. And that's worked very well for me.
And I learned that whole approach from him.