How long should we be leaving each ad on for this challenge? 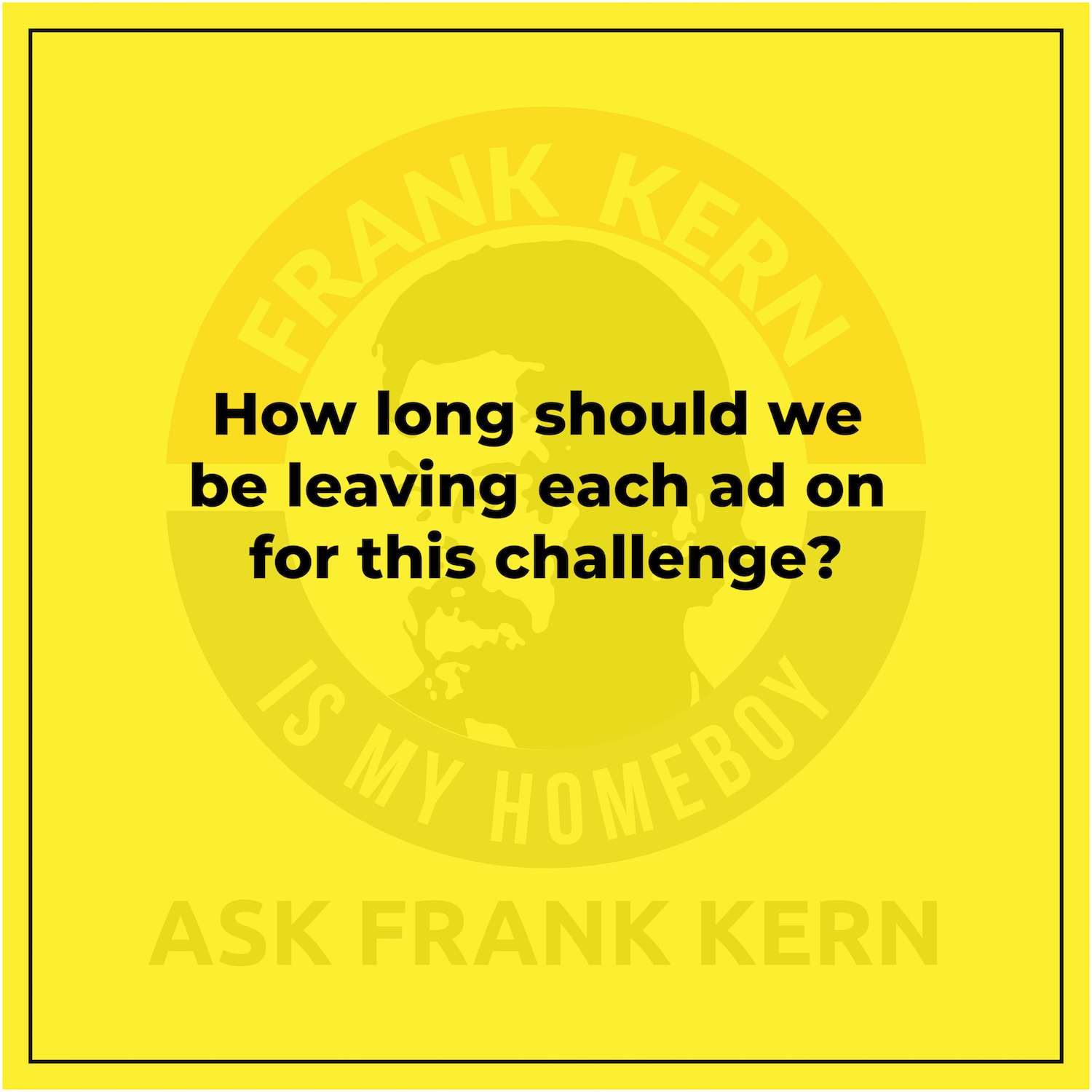 How long should we be leaving each ad on for this challenge?  I like three days, generally speaking. So if I'm willing to pay...

How long should we be putting each ad for leaving each ad on, uh, for this challenge? I like, I like three days generally speaking, you know? And so if I'm willing to pay. Five bucks a lead, let's say I'll spend, unless it's just horrible. And like nobody's opted in or something.
I'll usually spend $15 on the ad set to see what happens, you know, because sometimes your last day you'll get like three or whatever, and you're like, Oh, damn it ended up being. Five bucks, a liter it's averaged out. So that's kind of the, the, you know, rectally extracted logic behind that. But three days is my magic number, which is totally rectally extracted.
So there's not a lot of science behind. I was like, all right, let's just get a good enough idea and want to spend a fortune on this crap. And let's just take the ones that work real quick and deal with those. And, you know, Move on. That's how I like to do it, but what will drive you crazy? And then everyone's going to do it.
And I do, it is like, you know, coming to the Dan campaign, you know, and being like this, like that, what happened now? What happened? Now happened. Right? And then you'll be like, Oh gosh, you know, I, I, my cost per lead in general for the whole campaign might be high in my way. And if you don't look and check out and see which one of the ad sets are actually working, you know, then it can drive you nuts.
So the best thing to do is just sort of understand that most of them aren't going to work, right. Some of them will let it roll for three days and then I'll show you what to do. I think it's. I think it's Tuesday that we like deal with the ones that I work in and scale the ones that are, um, and that's just to save your mental anguish, which nobody listens to me on this.
And everybody hits refresh a thousand times as do I. So, you know, man, look at that, click through rate, by the way, that's obnoxious. Zero. I mean, look how freaking, like technically speaking guys look how awful this copy is. Okay.
Read this. If you want to make social media ads work without spending a fortune, some dude free PDF. How to make ads work without spending a fortune click through rate on that mofo 3.85%, right? No, you got to make it. You have to make it all. You have to make it complicated. You ain't going to make it complicated.
Just dog whistle. Oh, you gotta do it.