I’m starting a TV show on vuvies.com and I wanna scale it online. What are a few steps I can take to do that? 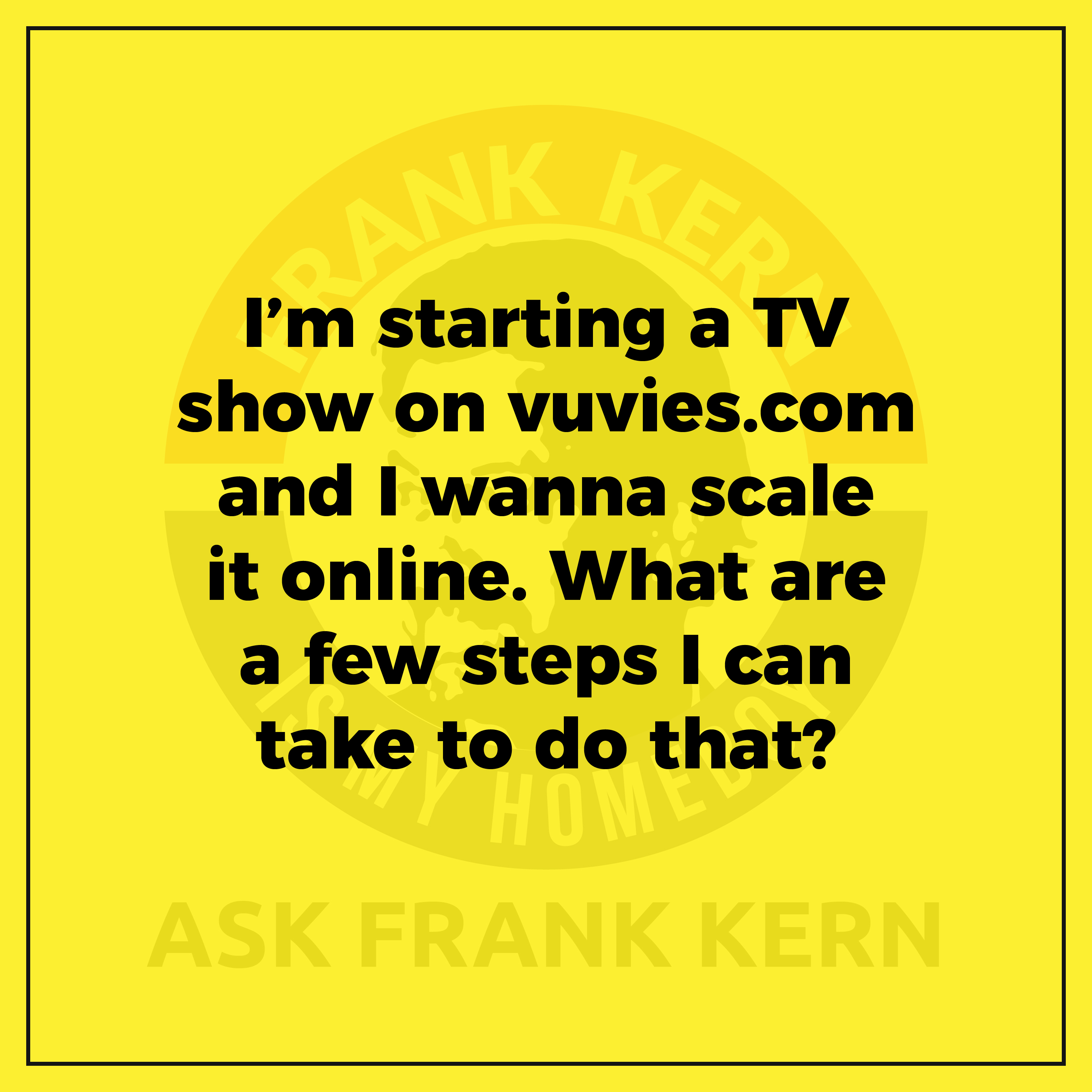 This is interesting.  I'm starting a TV show on Vuvies and I want to scale it online. What's a few steps I can take to do that? I don't know, I don't know what Vuvies is. Now I'm feeling like I'm left out. I'm not going to look at it though, at...

This is interesting.  I'm starting a TV show on movies and I want to scale it online was a few steps I can take to do that. I don't know. I don't know what, I don't know what movies is now.
I'm feeling like I'm left out. I'm not going to look at it though at movies, because then I'll go down this freaking rabbit hole and I won't get any work done. Um, Let's pretend you got a record coming out, you know, and it's an album and downloads or a podcast or something. Uh, I would do quick campaigns too.
Like no shit. This get clicks to the site. This got the stuff on it by showing previews of the content. So, man, I really don't want to do this, but if I had a musician, it was a client that wanted to sell a lot of records, easiest thing in the world. Would it be to run video ads for them? That was the music video.
And then with links where they can either go to Spotify or go to iTunes or whatever the thing is, and just drive them there. And you know what the branding take care of the rest because it's so cheap right now. That's the trick. It's so freaking cheap to get exposure right now. It's unbelievable. I'll tell you who does really, really a great job at this.
I don't think he runs ads though. Is the wrapper riff Raff. Uh, you should follow him on Instagram and he's hilarious. Jody high roller. I'm a huge fan personally. Um, but he's like strong bike bull when it comes to doing this with organic. And man, if I knew him, I'd be like to just spend a couple grand a month on this and things are gonna explode, you know?
Um, but I do that model riff Raff basically is what I'm telling you.