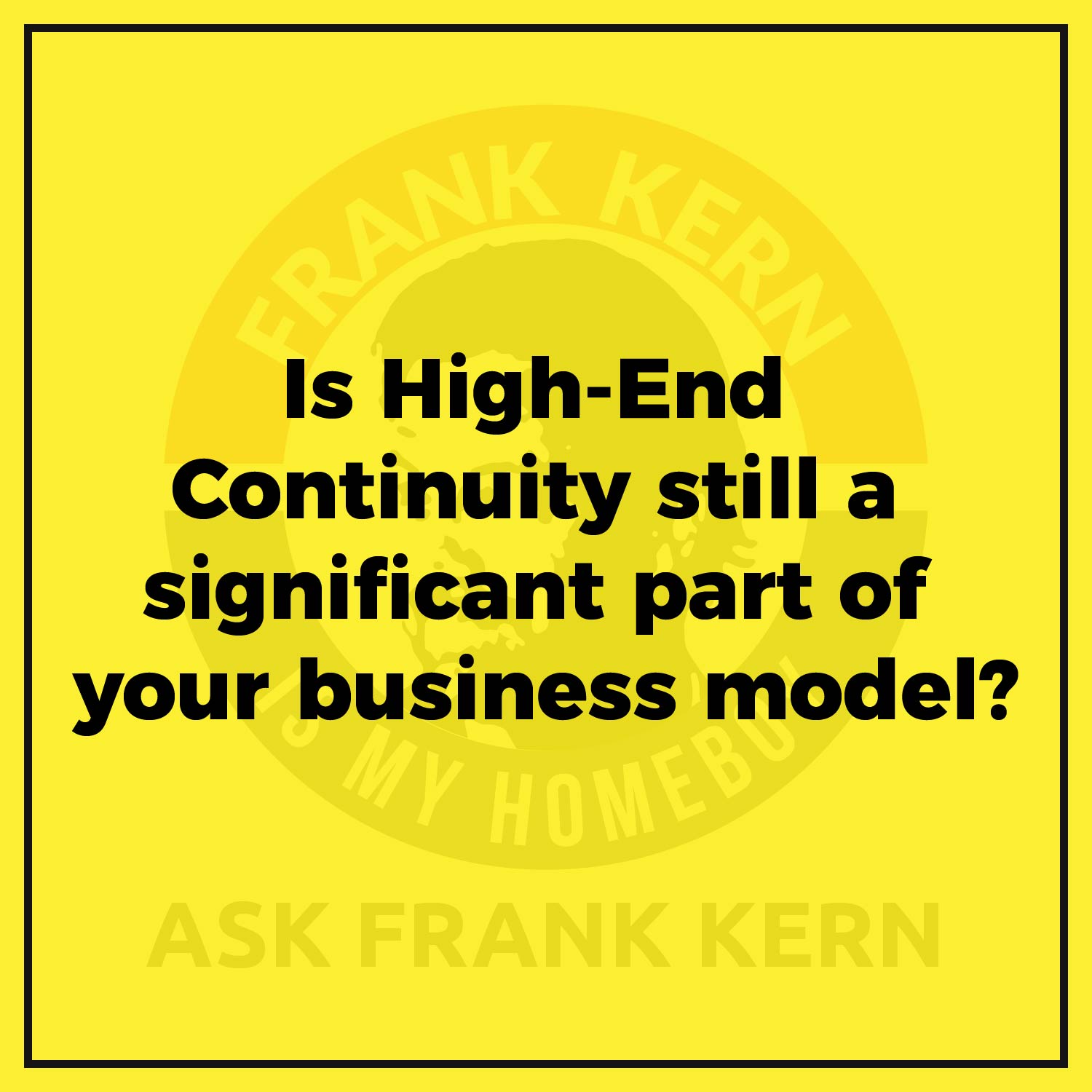 Season 2 Ask Frank Kern
Transcript
Is high-end continuity still a significant part of your business model. No high end continuity isn't and it never really has been. By high-end, I'm assuming you mean like multi-thousand dollar consulting engagements or whatever. So for me, the highest-end thing, meaning the most expensive thing that we sell is our private client group, which is closed.