On a new campaign, how much time do you give each ad until you switch it off again? - Frank Kern Greatest Hit 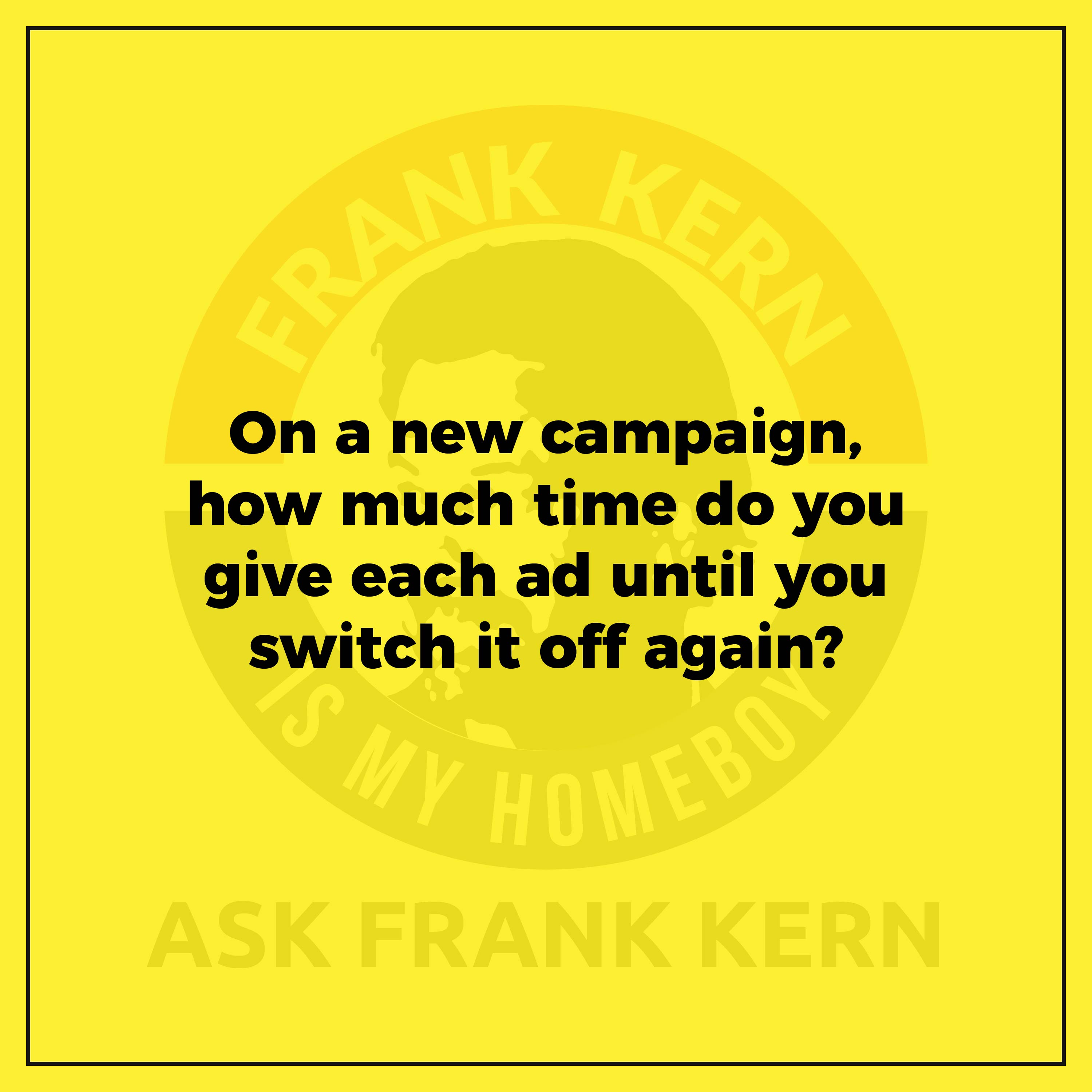 How long, how much time do you give each ad until you switch it off again, on a new campaign? I'll give three days, generally speaking. When I create a new ad, I don't usually stick it into an existing campaign, so I'll just create a new campaign with...

How long, how much time do you give each ad until you switch it off again on a new campaign? I do the same thing I showed you all. And so I'll give three days generally speaking.
And, when I, when I create a new ad, I don't usually stick it into an existing campaign cause I'm scared to mess it up. So I'll just create a new campaign with a new ad. So a lot of times like this kind of goes against what experts tell you to do, but this, this, this, this, this, these are all. Competing for the same audience, it's different ad, but they're all competing for the same audiences.
So I'll just happen. You can't campaign and like go after that same audience with this other ad, you know, and I do the exact same thing, miser method, and I let them run for three days. Then the real. Thing that the budgeting in my mind is, okay, what am I willing to pay for a result? So in this case, let's say it's a lead.
And so if I'm willing to pay $5 a lead, I'll say spend five bucks per day per ad set. You know, so these guys were. 300 bucks a day. And total rides are 61 ad sets in the year. Like that chest of drawers is a big ass, just a drawer. We've had a lot of drawers in there. Um, so I would say, yeah, I'm willing to spend five bucks a lead.
So I'm gonna spend $300 a day in total, three to $5 a day, technically in total. And I'm going to let it run three days and some ads will work some ads or some audiences will work and some won't and I'll turn them off, you know, and that's, that's how I do it. This really never deviate from that system.
Every time I do deviate from it, I make less money and I prefer not to make less. So that's it. Then there's the campaign