What do you think of this business economy and how has it affected your business? 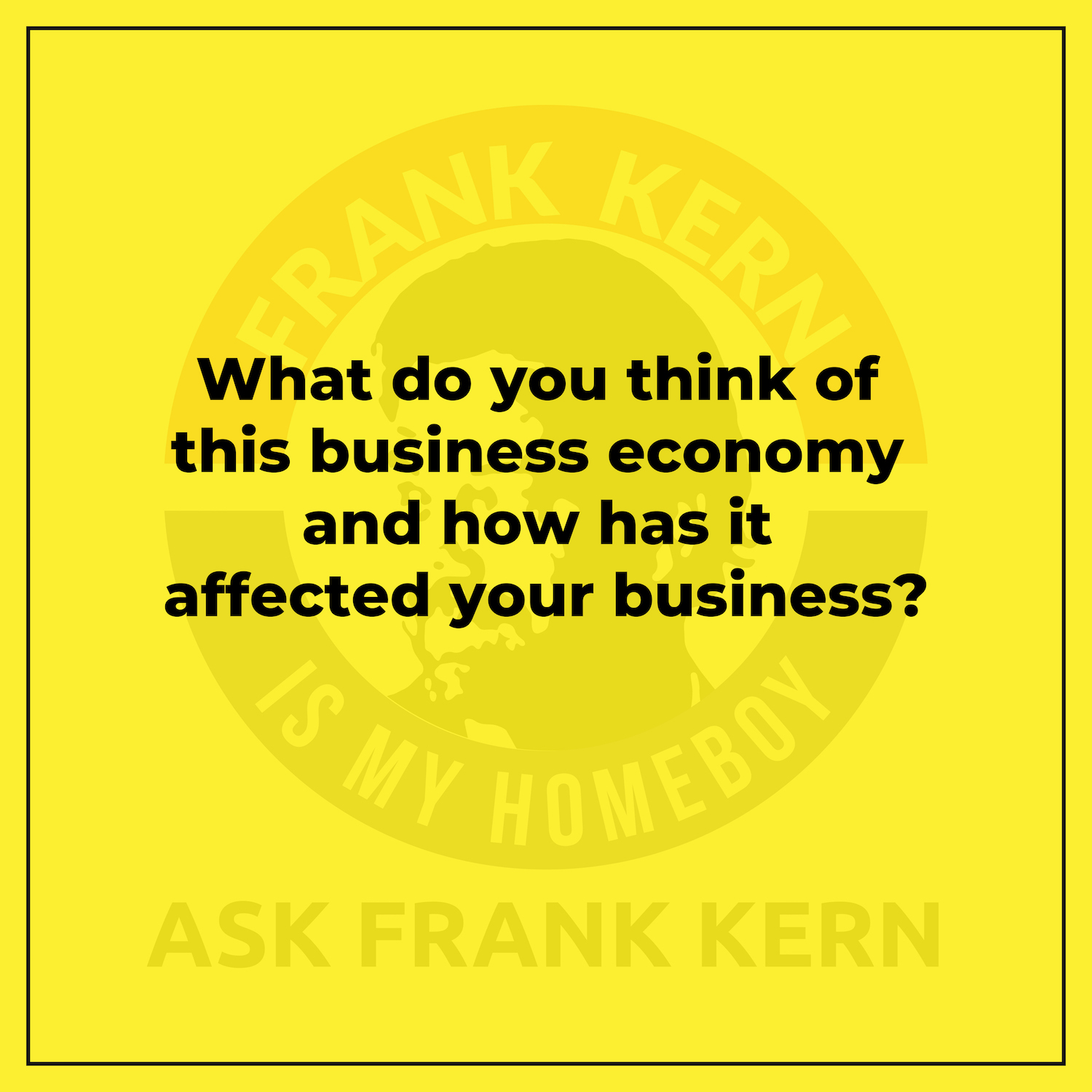 My question is. Mr. Frank Kern. Um, what do you think doctor? Doctor, professor Frank. Her PhD. Okay. Better. Okay. What do you think of this business economy and how it has affected your business?
This is a very weird answer. And it's some people think I'm an idiot, electric apartment. A lot of people think I'm an idiot when I say stuff like this and other people like, yeah, that makes sense, dude. I don't believe in the economy. It doesn't exist. Like where is it? Let's go fix it. The economy's broken my responses.
Aren't right. I quote Jessica Coley from fast times at Ridgemont high, but dad's a TV repair man. He's got an excellent set of tools. I can fix it. Where is it? They're like, what are you talking about? Like, where is it? Let's go fix it. So my definition of economy is person a is money to person B in exchange for something hopefully of greater value than the money received.
That's the way it should go. And so the economy is just that happening a lot. And if you look at like right now, what's happening, is that still happening? A lot that hasn't stopped. It stopped in some. Verticals like, uh, you know, high-end fashion, for example, got hit a little bit. Um, you know, I mean, most of that's where most of my money goes, all right.
Um, I got three daughters and a model wife, and they liked that stuff. So that got hit a little bit automotive guy hit, but like, you know, the rest of the world absorbed it. People still spend money. The money fairy has not gone anywhere. So. I don't believe in it in terms of my business. And this is not because I have magic powers, the nature of our business, whenever there's an economic downturn, our business does great because we serve businesses.
And what happens when there's an economic downturn first via perception or reality businesses that were fat and happy are like, Oh crap. Our stuff that we used to do, which is nothing doesn't work anymore. We need to do something. And then they come to guys like me to tell him to do obvious things, like follow up with people.
Uh, but we say it like with big words. So it sounds, you know, like it's really smart. Yeah. We used to like advance ornamentation automation and segmentation and implementation. And a lot of patients, we use a lot of patients in the phrases and that makes it seem like it's really something. So hadn't hurt us at all.
You know, it's actually, this year has been fantastic, but again, we're B2B and we help businesses grow. So that's why.