What type of lead magnet do you suggest for a high-end video production company? 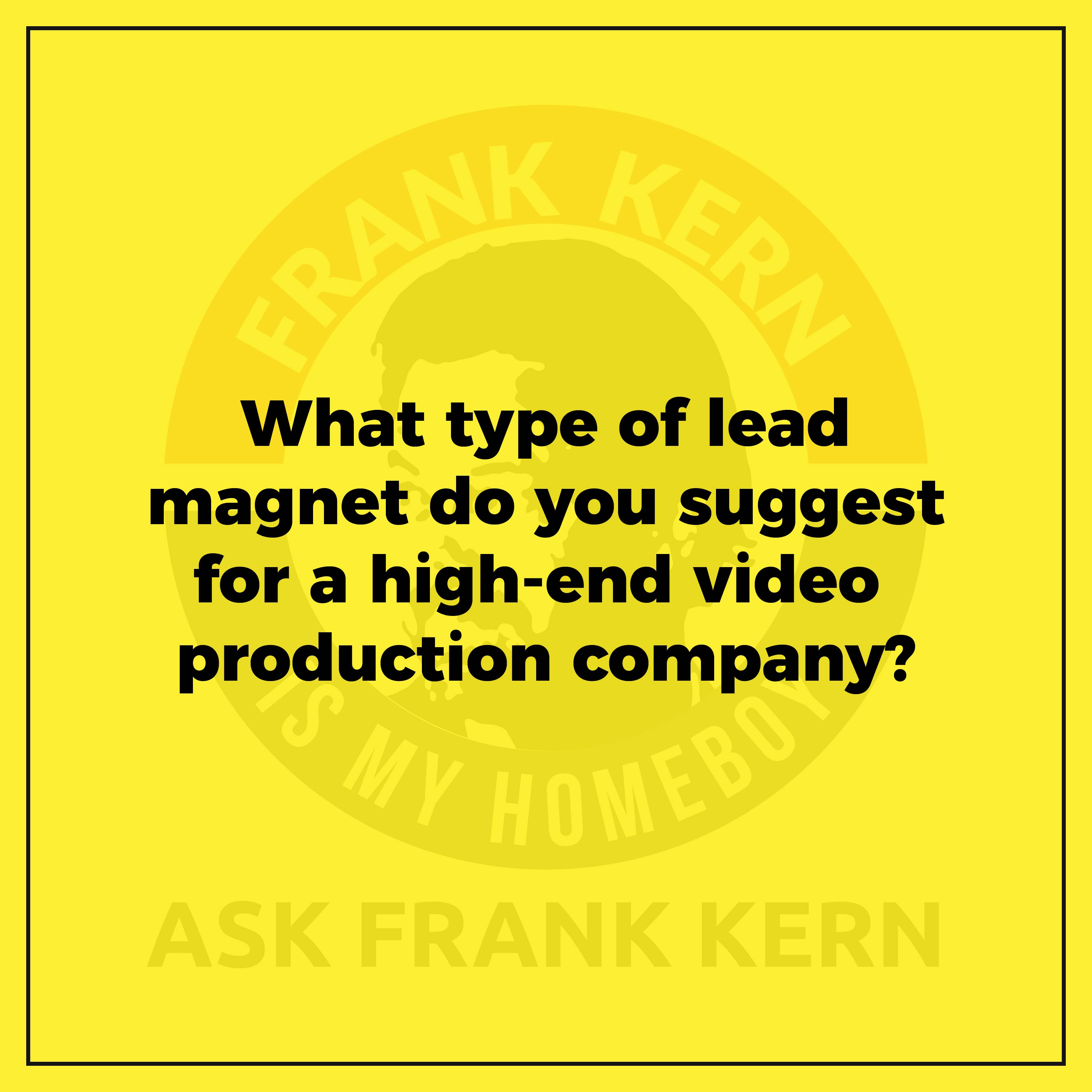 I'm kind of at the beginning, so I was wondering what type of a lead magnet you would suggest for my business, which is a high-end video production company...

I'm kind of at the beginning. Um, so I was wondering, uh, what type of a lead magnet you would suggest for my business, um, which is I run a high-end video production company.

So we do video production and, uh, advertising for people. And what is the end result that they want to achieve of having the videos well that, uh, you know, that can actually vary, but a lot of the times, um, they just want more, they either want more sales. Um, they want to save some time on better relations with people.
Well, let's go with the more sales. So it would be a lead magnet on how to make videos that sell stuff. Right. So read this, or watch this in your case, if you want to make videos that sell stuff, you know, and, and I wouldn't obsess over it. Because there's a very slim chance that they're going to actually watch that's the whole thing based on the damage.
Um, but if that's what they want and everything I say is assuming that you can actually deliver it, you know, which I believe he can. Um, then that's it. So you figure out what they want you to say, read this. If you want the thing, and then you show them how to get the thing. Okay. Yeah. And the trick in an industry like that, this would be like, okay, here's the 74,000 things you have to do to make a good video.
Right. And anyone can do it if they're disciplined enough to do these 74,000 things, or I don't know, we can do it for you. So if you want us to, we will, you know, and that's sort of the, I want this, I believe this is possible. Holy crap. I didn't know. You had to do all that. If only someone could do it for me, you know?
So if we were still in the agency worldwide, we would clean up right now with a pitch like, Hey, if you want us to run your ads and build your funnels, we will, I just don't want to do that, but you're doing it. And it's a good pitch, which is here's, you know, this no holds barred. Here's how freaking horrible it is to do this on your own.
If you want to do it, knock yourself out or we'll do it. And that works pretty good.