When would you use campaign budget versus ad set budget? 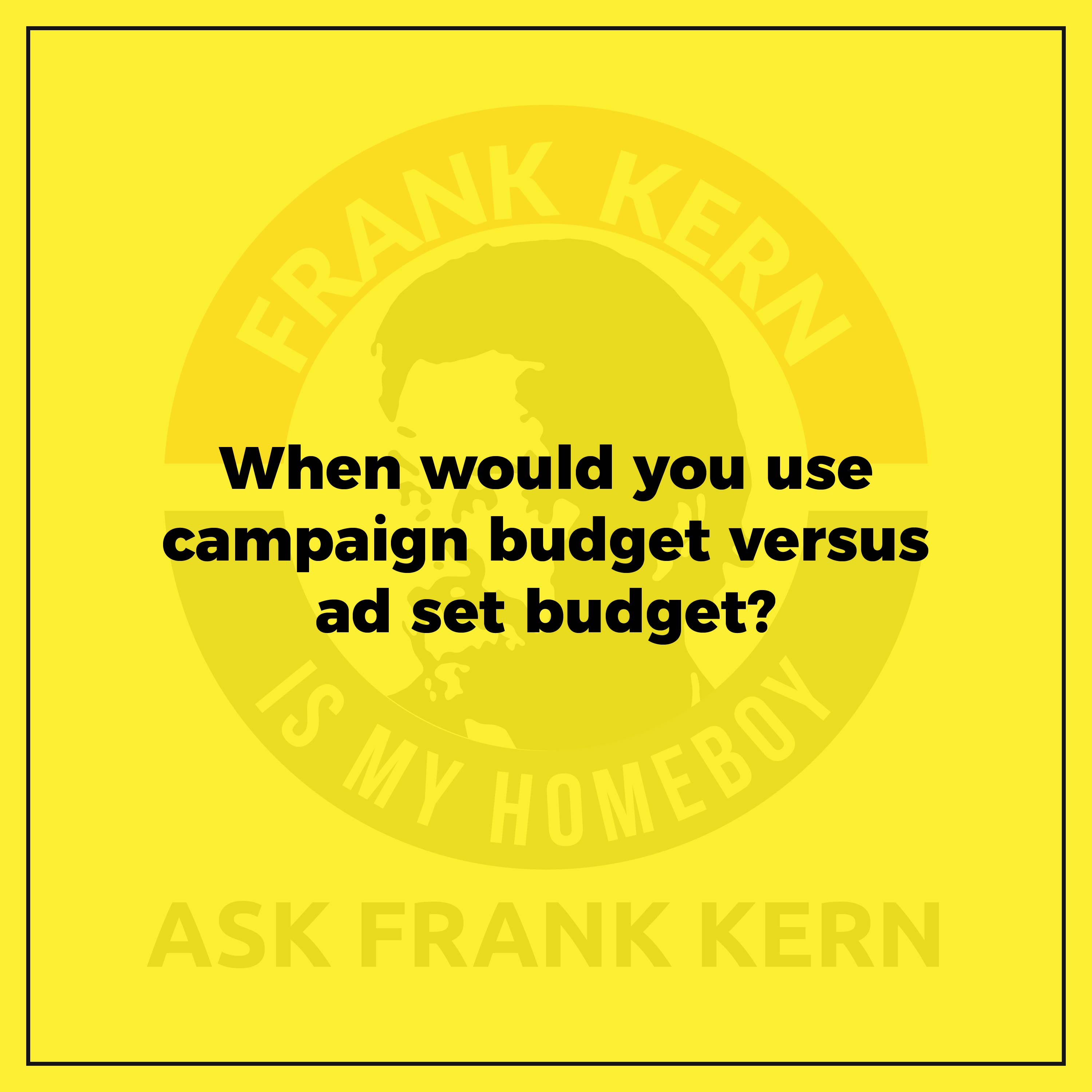 When would you use campaign budget versus ad set budget? Later...

When would you use campaign budget versus ad set budget? Later. So I don't trust campaign, budget optimization. Um, and I'm going to say all of this, all of the following is going to be said with this understanding there's 7 million advertisers serving 2.6 something billion users.
There's probably no. One single way is best forever. That type of thing. So CBO, which is what a campaign budget optimization. That's, you know, shortened diversion works great for some people. And for some people that's a pain in the ass. It doesn't work for me. It's generally been a pain in the ass. What it means is in a situation like the one on the screen, my screen still show him it is.
And, um, In a situation like this, her, instead of me spending whatever, this is a total of $20, you know, a day or $5 for each campaign, I would say, okay, Facebook spend 20 bucks a day. And then you decide which of these campaigns gets the most money based on whatever you think is best. And sometimes it's great because there'll be like, yeah, man, you know, Ryan was out converting the hell out of everybody.
Let's put all the money on. Right. And sometimes. It'll be like, Ryan's the most expensive guy, but let's put all the money on Ryan anyway. So what I'll typically do is I'll do it exactly like this and, you know, I get all that stuff working and I'm getting a good return on investment. And then I'll screw around with CBO.
So I might take this exact same campaign. Let's say, and I would duplicate the campaign and then I would just turn it to CBS. I believe the original one running wouldn't mess with it. And then I might, sorry, let's see what happens at CBO and maybe it'll work and maybe it won't and half the time it works and half the time it doesn't.
And so that's really the way I use it. Um, and then there's other guys that will be like, you know, CVS is a greatest thing in the world. It's like artificial intelligence for me. It just, it never really has been terrible answer, but that's really the truth. Like, you know, You just got to, you got to see whichever one you like best and whichever one works for you.
But I like having that control by gosh.