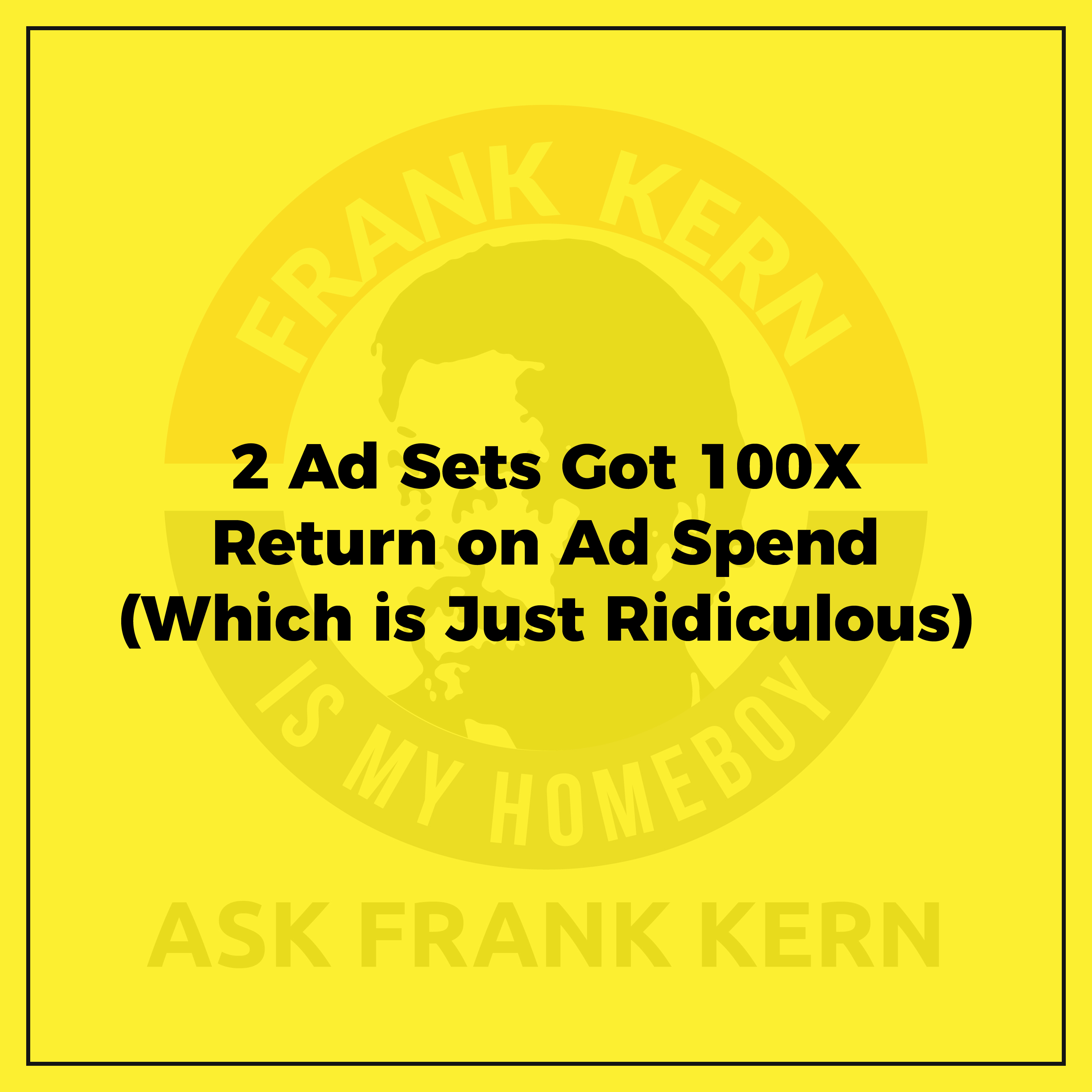 First thing I want to point is that is not really normal. A little bit of a fluke there, doesn't happen every day. Just happened to have 2 of them do that yesterday, which was great! So when I put those little videos up...

What was happening to everybody, Frank Kern here. Hope everybody is well. Um, what I want to talk to you about real quick is something really, really cool that happened. Um, I posted this yesterday as a matter of fact, on social media, too little videos about it. I had two ad sets within a Facebook campaign, get 100 X return on ad spend, which is just ridiculous.