Apple and Facebook aren't getting along right now, what does that mean for the rest of us? 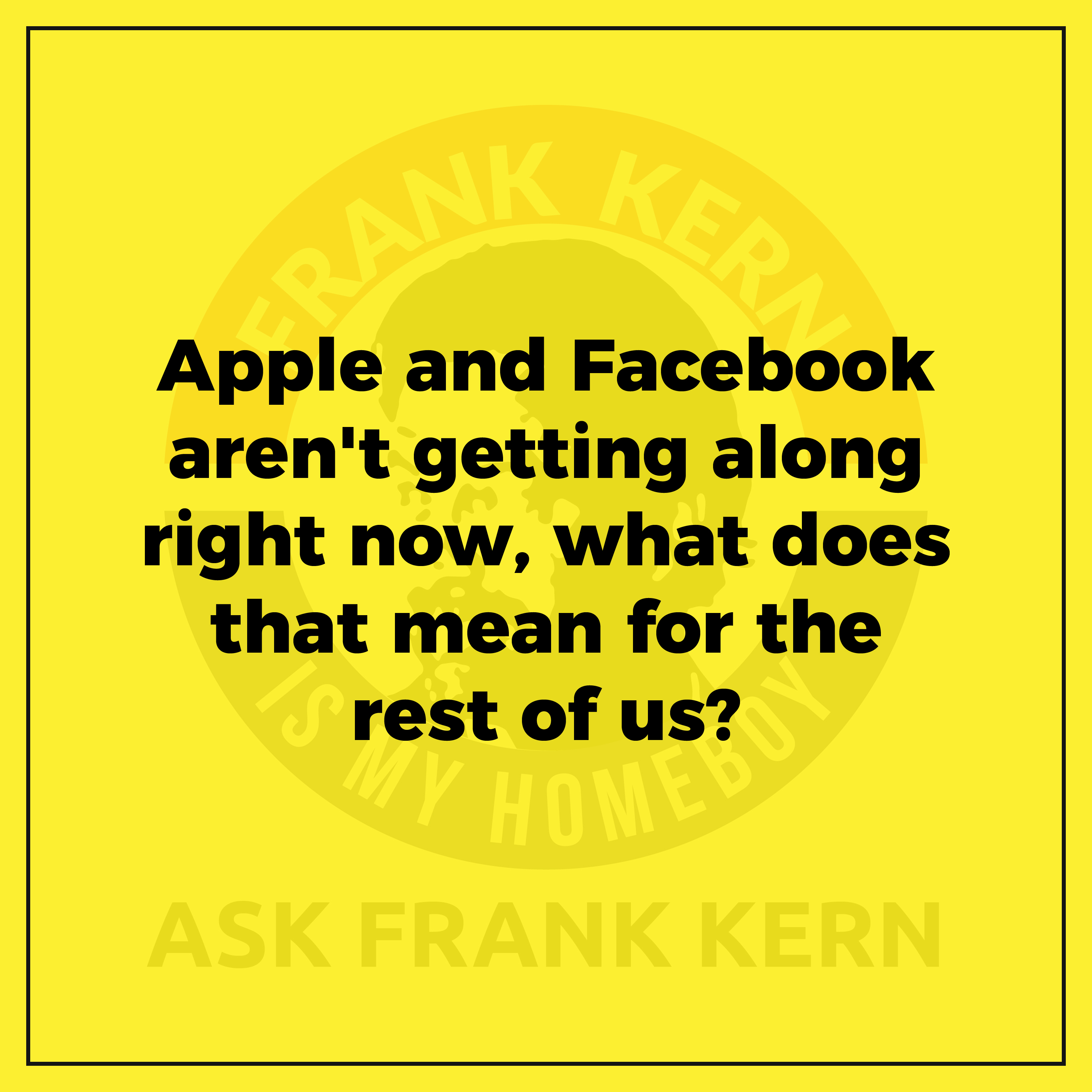 The question is, with iOS 14 blocking so many things, is it going to make stuff break? Now he's specifically referencing, is intent-based branding going to be changed? That's a method of getting attention and then retargeting people, and if so, what...

The question is with iOS 14, blocking so many things. Yeah. Is it going to make stuff break?
Now he's specifically referencing is intent-based branding going to be changed? Um, that's a method of getting attention and then retargeting people and the so, and what do you think is going to go on? So the short version of the, Hey Apple did some weird stuff and it's, uh, Apple and Facebook aren't getting along right now.
What does that mean for the rest? I'm translating the question into redneck because that's how I think is in redneck. So, um, I'm amazed. That I haven't seen anyone make content about this because I got to tell you it's very good fear mongering content. Um, the short answer to the question is I don't think it's really gonna matter too much to us.
I did, um, an abbreviated reading of the actual stuff. From Facebook in regards to apples, messing around and making things be more difficult. And I'm going to summarize by memory. Now you do need to keep in mind that I tend to drink a lot, but only with great frequency. So I might've forgotten some things here.
Okay. Um, but this is what I remember from reading it a couple of days ago. Number one, the biggest thing that this is affecting as far as I can tell is apps. So if you're advertising apps, Using Facebook Apple's operating system is going to really limit the way Facebook can track app installation, app usage, all that kind of stuff for most of us is kind of irrelevant.
So that's pretty good in terms of tracking visitor behavior. Stuff people are doing here are the changes that I can remember. Number one, you're going to have to probably verify your domain with Facebook. Not that big of a deal. Of course, I've tried to do it and failed because I was trying to do it myself.
And I'm dumb when it comes to tech stuff, but there's instructions online for it. You basically upload a file or something in your website and then tell Facebook where the file is. And they're like, okay, it's really your website. So there's that that's thing. Number one. Thing number two is that it's only going to let you, and again, this is by memory.
You're only going to be able to track eight events, um, for me, from your account, I think so an event like an opt-in that's an event, a lead, a purchase, that's an event, a page view, like a click and that semi event, an add to cart. That's an event. I'm not really remembering any other, I mean, there's a lot of other ones, but folks like us typically direct response people.
We don't track more than eight events anyway, excuse me, any water. And I'm losing my voice. This is very poorly thought out. So the short answer is, dude, I don't think it's really good matter too much to us. I think you're going to hear a lot of noise about it. Um, people wanting you to like get freaked out, so they'll, you know, you'll listen to them, but.
As far as I can tell is nothing new that Facebook and other platforms have been fighting. One another forever. What really is, um, as far as I can tell, not going to be effected is stuff that we do with intent based branding, which is okay. If somebody watches a video or engages with an ad or whatever, we can retarget them in the reason it doesn't look like that's going to be effective is because all of that stuff is occurring in the Facebook platform.
And it's not happening outside of the Facebook platform. Therefore it doesn't matter what, uh, Apple wants to do. They can't really block the tracking of that as far as I can tell, well, I am wrong most of the time. So, you know, take that for what it's worth, but dude, I wouldn't worry too much about it. I'm not.
You know, um, I'm probably going to be greatly annoyed by watching people try to frighten you into buying things from them.