The career executive coaching space is booming right now due to the global pandemic economic fall out. What would your very top strategy be to capture more engagements? 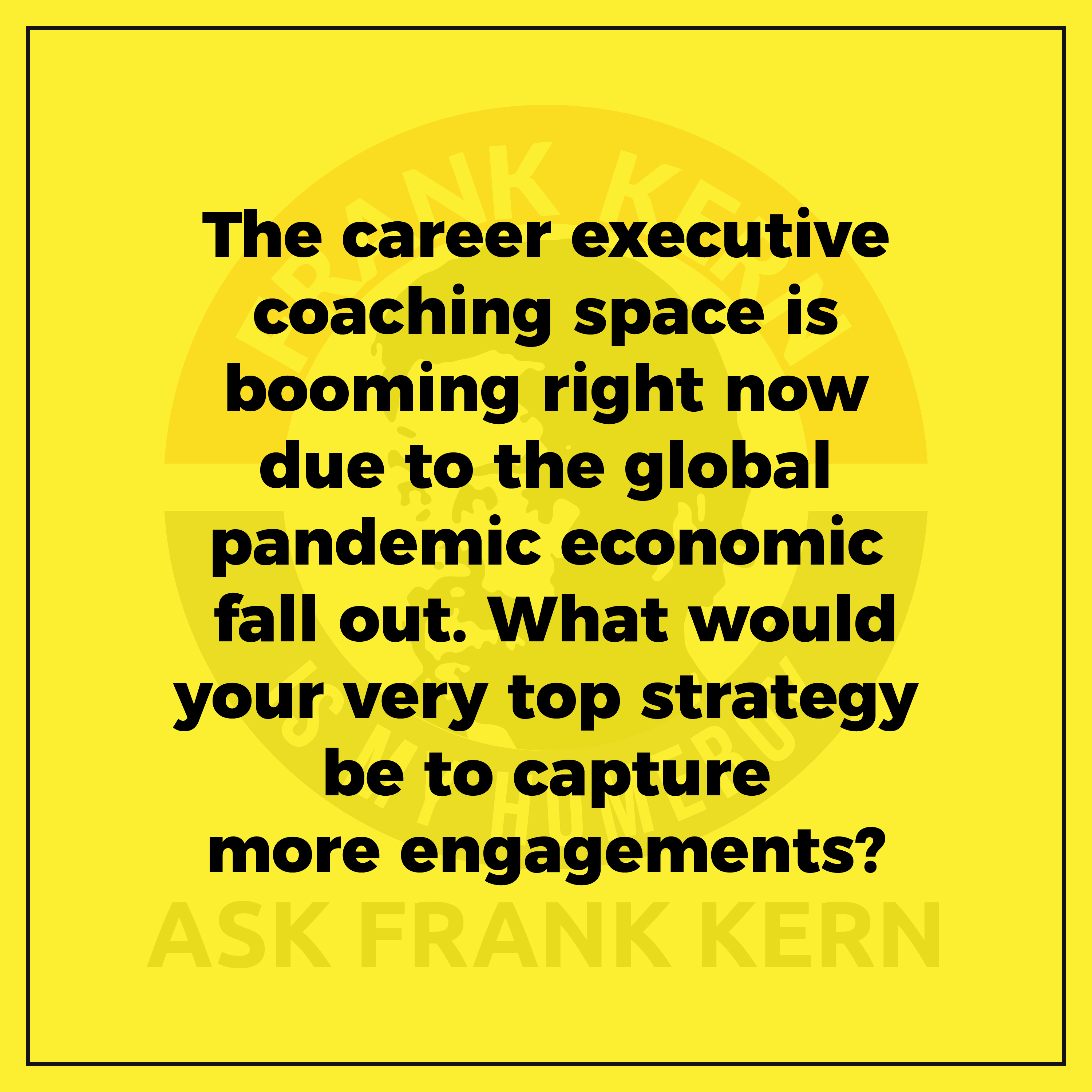 Hey Frank, the career executive coaching space is booming right now due to the global pandemic economic fall out. What would your very top strategy be to capture more engagements? So I have a framework for writing stuff to get people's attention that...

Hey Frank, the career executive coaching space is booming right now due to the global pandemic economic fallout. What would your very top strategy?
What would my very top strategy be? I think to capture more engagements. Um, all right. So like I have a framework for writing stuff to get people's attention. That works really, really well. And it's really fundamental. Um, I don't know what their objective is that they want like the client, right. And so let's say it's to be a better leader.
So let's say the person that you want to coach is the one, they, their main thing they want help with is being a better leader. I have no idea what it is. I'm just making it up. All right. But I would create an on-demand class like a webinar or something. And my headline for the ad would say, what if you're an executive, you wants to be a better leader, then there'd be a picture and I'd just take random pictures and you never know what's going to work.
And then the, um, the body copy under the picture would say new on demand class reveals seven ways to be a better leader. No kidding. Oh, I always start with ads like that. And a lot of times they kind of stay like that cause they work pretty good. Um, so that's, that's what I do. And then of course I do a lot of stuff like this, you know, put out as much content as possible about how they get what they want.
If you guys have seen any of the three-story system stuff that, uh, that I published and promoted, not a whole lot, but should promote it more. It's a really, really good, there's only three ingredients to anything we ever talk about. And those three ingredients are them what they want and how they get it.
So if there's ever a question of engagement, like what do I say to get engagement? What do I say to get attention? What do I say to build trust? There's basically three types of stories. And the one that gets the engagement is something called an interest story, which talks about them and what they want, you know, that grabs their attention.
And the one that draws them in is it's we call it a demonstration story and that's mostly. About how they get it. So, you know, we're always talking about what they want and how they get it. And, uh, what happens next? I got my stories out online. It's, uh, what they want, how they get it and what happens next.
Those are your three components. All right. What happens next being here's what life is like after you get the result that you want. That's it? Those are the only three things.