When you bringing back the sassy dazzle videos? 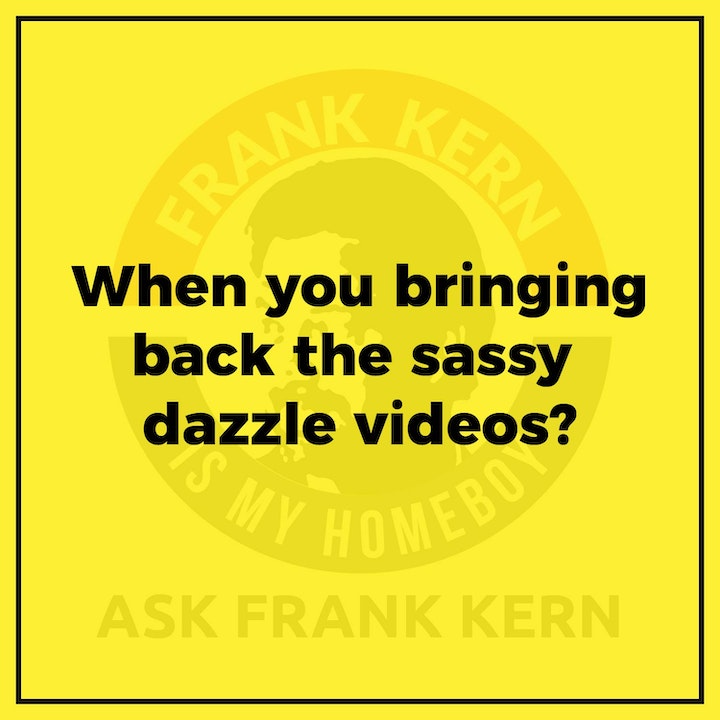 Maybe it's social media insider. I'm not sure,  they just did this study about what type of social videos get the highest engagement and it is vertical number one. So, you know, selfie style. Vertical pages, number one or vertical videos, number one, number two longer, rather than shorter.

So longer form versus short form. Number three, live versus non live, which is kind of not really that surprising. Um, and then from my own testing, what I have found is stuff that looks to be native to the platform. Works better than stuff that looks produced and looks like a commercial. And, um, I haven't done a ton of split testing in that area, but anyway, that's what I've done found.

And it makes sense. You know, like if you look at, at what you look at on Facebook, when you're on it or on Instagram or whatever, it's pretty rare. You look at something that looks like a blatant ad, unless it's like something that's retargeting you for something you've already looked at or whatever. And it's like, Hey, you abandoned the cart.

Come on back. So personally for me, it's a great relief to have a, just to be able to pull out the phone and make non fancy videos. I recently just tested and we probably only spent, I don't know, 15, 20 grand on the test so far, but two new videos that were shot with that vertical. Um, layout, you know, it's just on the iPhone spur of the moment.

Um, mute climbing the stairs. Yap. And me standing out on the porch happened same thing, and they're just absolutely crushing it. And, uh, so I'm going to stick with it, you know, if it works, keep doing it.