If you were to go back to when you were 20, do you think you would still choose the same lifestyle? - Frank Kern Greatest Hit 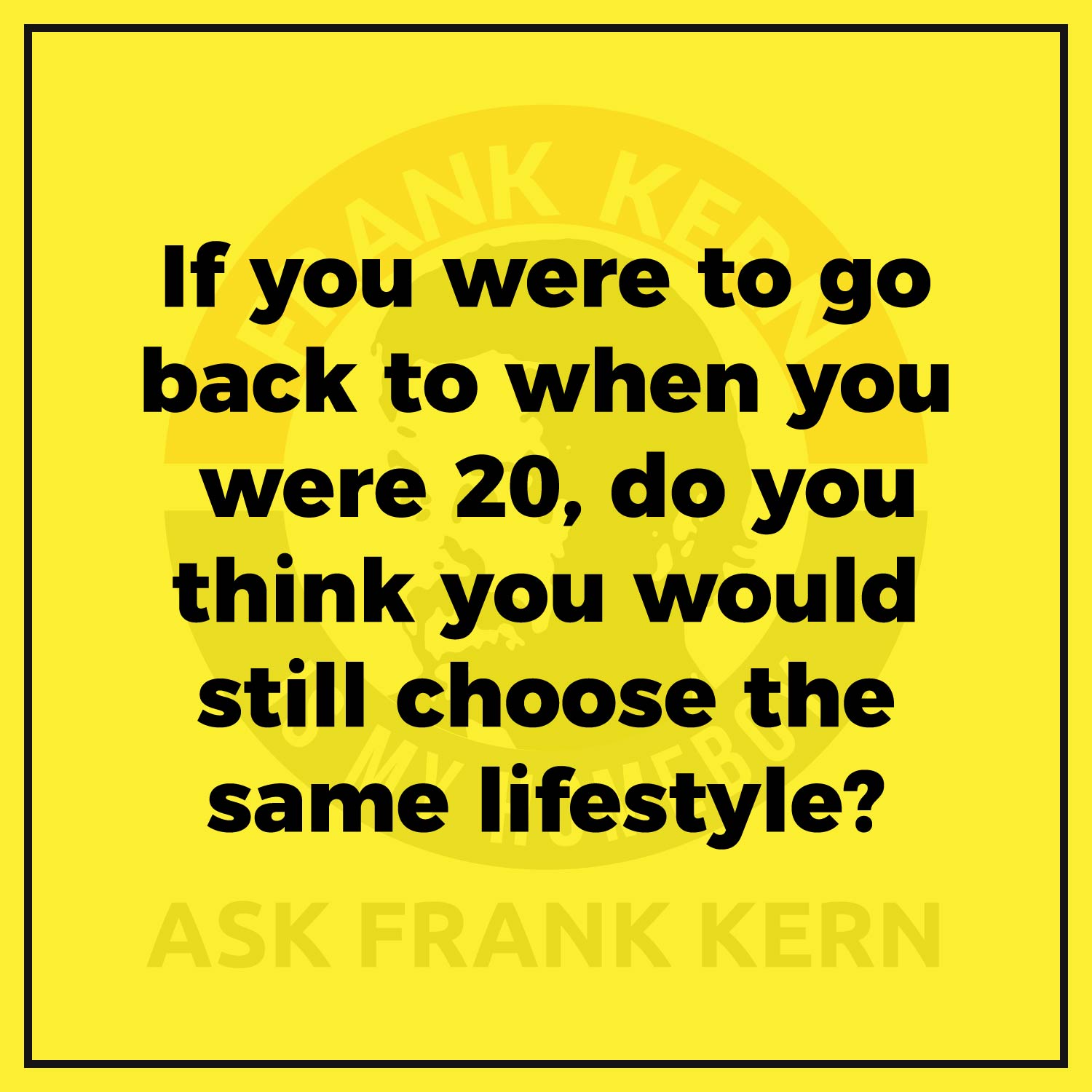 If you were to go back to when you were 20, do you think you would still choose the same lifestyle that you have now. And the answer is yeah, absolutely. I would have done a lot of stuff differently though...

If you were to go back to when you were 20, do you think you would still choose the same lifestyle that I have now. And the answer is yeah, absolutely. I would have done a lot of stuff differently though. First of all, assuming it didn't kill me, so I didn't start doing stuff online until I was around 25 of my 20th year. So I'm 48 years old. So I started doing this stuff at 28 years old. So assuming it didn't kill me, I would have definitely partied harder because you can't party that hard when you get my age and dammit, I miss it. I really, really love party. I wish I had a party more.

And so the first thing I would say to my younger self is dude, I know it sounds crazy, but you might want to party a little bit more because when you're in your forties, the next day is horrible. You know? So taking that out of the equation, If I were to have revisited it from day number one, I've definitely thought a lot more long term out. We've gotten good at ads a lot sooner, for sure. I would have targeted more established businesses and built a brand around myself as someone that is, you know, here's how to do advertising more than my earlier career, which is just like, here's how to make money on the internet. So, if you look at everything I produce now, it's ultimately, Hey, here's how you do advertising, advertising, advertising, advertising. And I wish I'd have done that sooner because of a couple of reasons.

Number one, all of the stuff I mentioned before and mentioned throughout our time together, which is we've just had this massive event where a lot of non digital businesses are switching to digital. A lot of digital businesses have seen a lot more growth and opportunity. If you combine that with the fact that advertising is like really less expensive than it's ever been, then it's, we're going to see a greater shift of business owners wanting to advertise online. So if I were to be able to go back in time, I would have positioned myself from the very get go as this is the guy who is really good at turning advertising in the profit on the internet, because I think you could have, you know, world war three could happen and there could be a hundred people left on the planet and roughly 20 minutes after everybody established caves and stuff, some dude would be writing on the side of his cave, you know, to lizard tails for, you know, a dollar or whatever, and ads would start and then commerce would start again. So, and also I'm very, very passionate about it so I would have changed that. I liked the lifestyle very much. I work very, very hard. I did not do well when I didn't work hard. So there was a period in my career, I made a lot of money. It didn't have to do anything and that led to very bad decisions that should have been made in my early twenties. Now that's really the only changes I would make, you know, for sure.