Is Clubhouse Worth Messing With? (yes, but NOT how you might think) - Frank Kern Greatest Hit 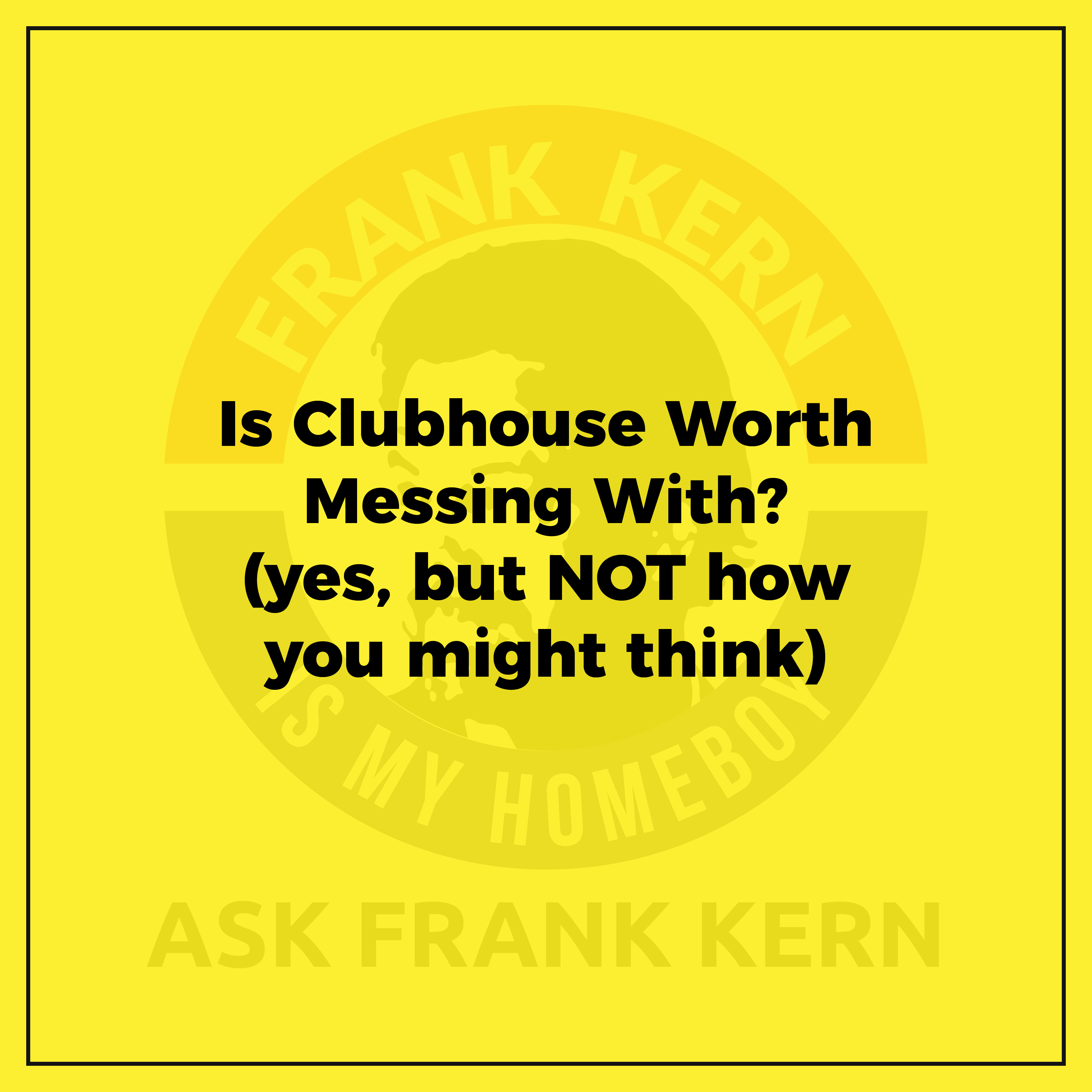 Hope everybody's well. Happy whatever today it is...Saturday. I want to answer a question that was on my mind. It's been on a lot of people's mind, what's the deal with this Clubhouse thing, is it worth messing with? There's a lot of debate on it. So...