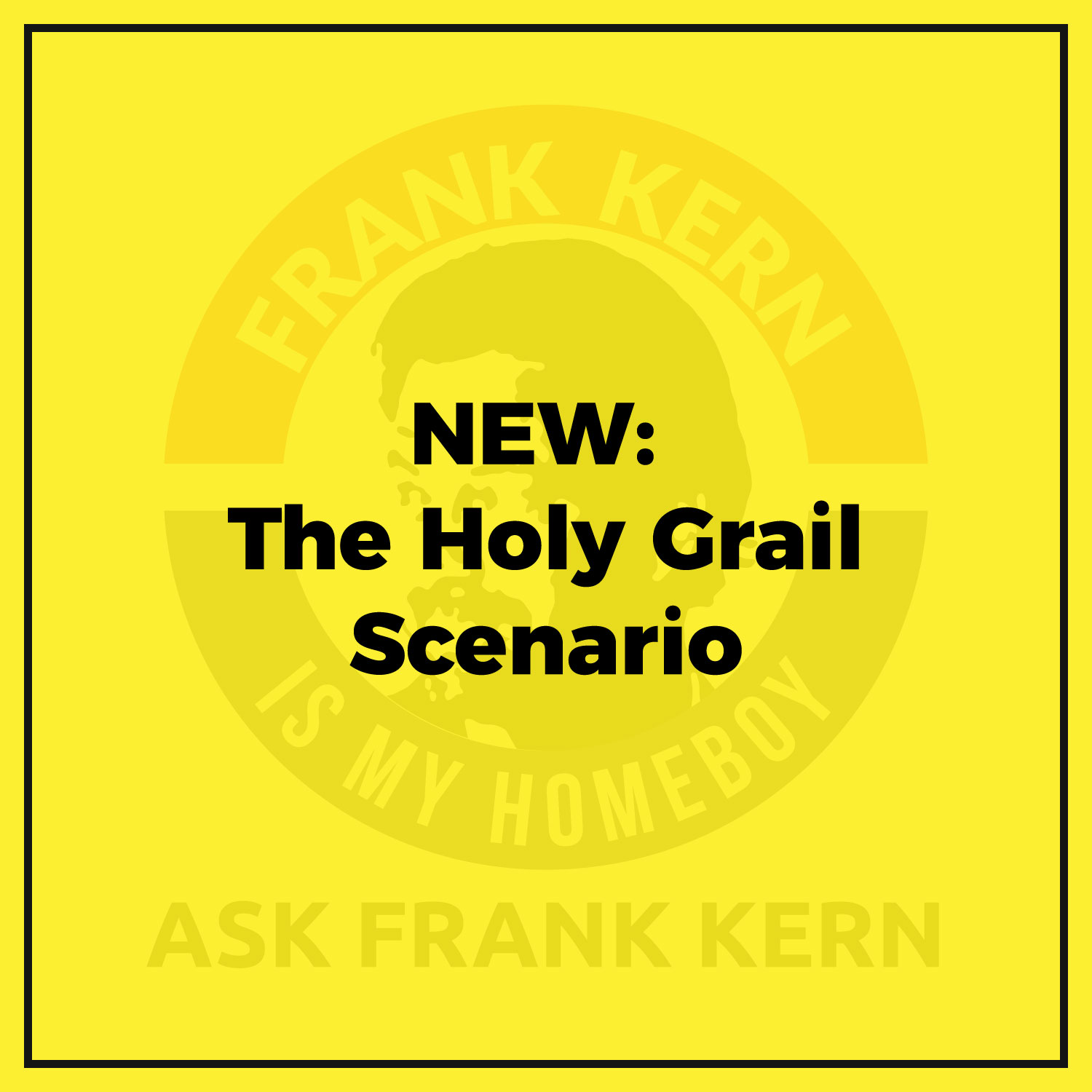 It's the question I've been getting a lot of lately, which is like a general question, which is what's the best way to do social media ads? The answer is, it depends. However, there is a Holy Trinity to shoot for, and if you can pull this off, and I...

So if you've, if you've been bored enough to follow me for any length of time, you've probably heard me talk about the concept of intent-based branding. I'll briefly summarize that that's where you put out content, in the content you make a subtle pitch like this...Hey. Thanks for watching, by the way, we've got a new thing where we're setting up people's ads for free. If you want to learn about it, go to joinFrankKern. Anyway, then you go back into the content. So with intent-based branding, you can run that as ads, and if they engage in those ads, then you can retarget them. It works great. It's always worked great, but there's a next level like, dude, if you can get this part going. Then that's the greatest thing in the world. So I'll talk a little techie, but not too techie for a minute. So on social media ads, especially when you're using video. Oh, you got all types of, what's the word I'm looking for? Didn't get any sleep last night. Um, Dang it what's the word I'm trying to think of ad objectives. Folks, you can say like, Hey Facebook, go get me a conversion. Or, Hey, Facebook go get me to get me a video of you. So with traditional intent-based branding, you start out your opening wave. As you run these video views, ads, people watch some of them, and then you retarget them with, Hey, give me some money ads also known as com conversion ads. Now the Holy Grail is if you can do this, all right. If you can create a video ad, uh, like two minutes or whatever, whereas the video of you pitching your stuff, whether it's getting people to opt in or to go to a sales page and buy whatever ever, you know, a widget. We need to manufacture things that are actually called widgets. Surely somebody does that. Anyway, you get the idea if it's a two minute or so, video this giving content and pitching, and if you can run that as a conversion ad, meaning you're saying Facebook run this sucker as a straight up sales pitch style ad. And if that thing works and even breaks even, you're hitting the Holy Grail and here's why, right, this is why you should be shooting for it. You are going to be building your retargeting audience, also known as your invisible list while you're getting paid. So we're doing it right now. I've got this class I've been teaching since March that's really cool. And my best converting ad is a video ad or I'm going over survey results. I'm showing that to people they've never seen me in their life and for whatever reason, they're that bored that they're watching this two minute video pitch of me pitching this class and the things work it. And so I'll spend like a couple grand in a day and usually we're spending around like 4,500 bucks a day. Um, and you know, we're making a little bit more than that right up front, which is great, but what's also great is I'm able to say, Hey, Facebook. Give me an audience of everybody who's watched some of that. And then I can go and I can show you the more ads and, that's the killer. Right. And the reason it's so good is because that audience, they convert like crazy. So I might spend a dollar on that one video ad and get a dollar 30 back or something in the same day. But when I retarget people who watched it, I'll spend a dime and I'll get like two 50 back in the same day. And that is the name of the game. It's a lot easier said than done. But it's worth trying to do. And the reason I'm bringing it up as you, because a lot of folks who try to do the intent based branding stuff on their own, and they don't let us help them with it a more, they don't go through the full training is they'll go out and they'll spend a whole bunch of money on video views ads by themselves. So you're just saying, Hey, Facebook, go get someone to watch this video. But you're not saying, Hey, get them to also buy they're doing it because the logic makes sense. Okay. People watch these videos, I can retarget them. But the problem with it is if you don't have a big budget, you're going to spend a bunch of money, trying to build up a retargeting audience, this big enough to be able to effectively retarget. This isn't going to matter. But if you shoot for that little Holy Grail system, like I was talking about where you just. Shoot a little video, turning it into an ad, set it as an action. Sure. Conversion ad give me some money. And that sucker works. You're building your retargeting audience and you're getting paid at the same time. Greatest thing ever.

Again it's easier said than done, but it's cool. So the question becomes, what do you say in the ad? How should you shoot the video, et cetera. Here's what I've learned. All right. And so I've been doing the whole video ad thing, you know, spending a ton of money on social media ads for years now. And for me, for my clients, for everybody, I know with the exception of a few verticals, like some beauty verticals, some, high end apparel stuff, but with the exception of like all that, the most effective thing is stuff shot from your dang phone. No kidding. So the videos that work best for me. I look horrible, like worse than I am looking right now. Like just awful, you know, I'll get up. It'll be like five in the morning and it's obviously five in the morning and I'm like, Hey man, it's five in the morning, this thing's really cool and you should check it out. That works. The number one video that's working right now. For me, this going to strangers, it's about two and a half minutes long. And in the video, it opens up with me on, Hey, you know, if you want to sell things on the internet, I've got this class, you should click the link, buy this video and go check it out. And then I talk about what's in the class. And then I show survey results of people that said they enjoyed the class. That's it, nothing fancy, shot on the phone. I'm holding the damn phone. Like not even on a tripod, you know, I'm just holding it and talking to it. And then I edited in the survey results using ScreenFlow. It's been running since may and, uh, it works great. I just checked and the retargeting audience on that thing, cause I only keep them in the retargeting audience for like a month. There's something like 200 something thousand people that have watched it. I'm just able to retarget and get really amazing conversions from. So anyway, wanted to share that with you. Thank you for your kind words there.