What are your takeaways from creating your "perfect lifestyle" first and then working hard to pay for it? 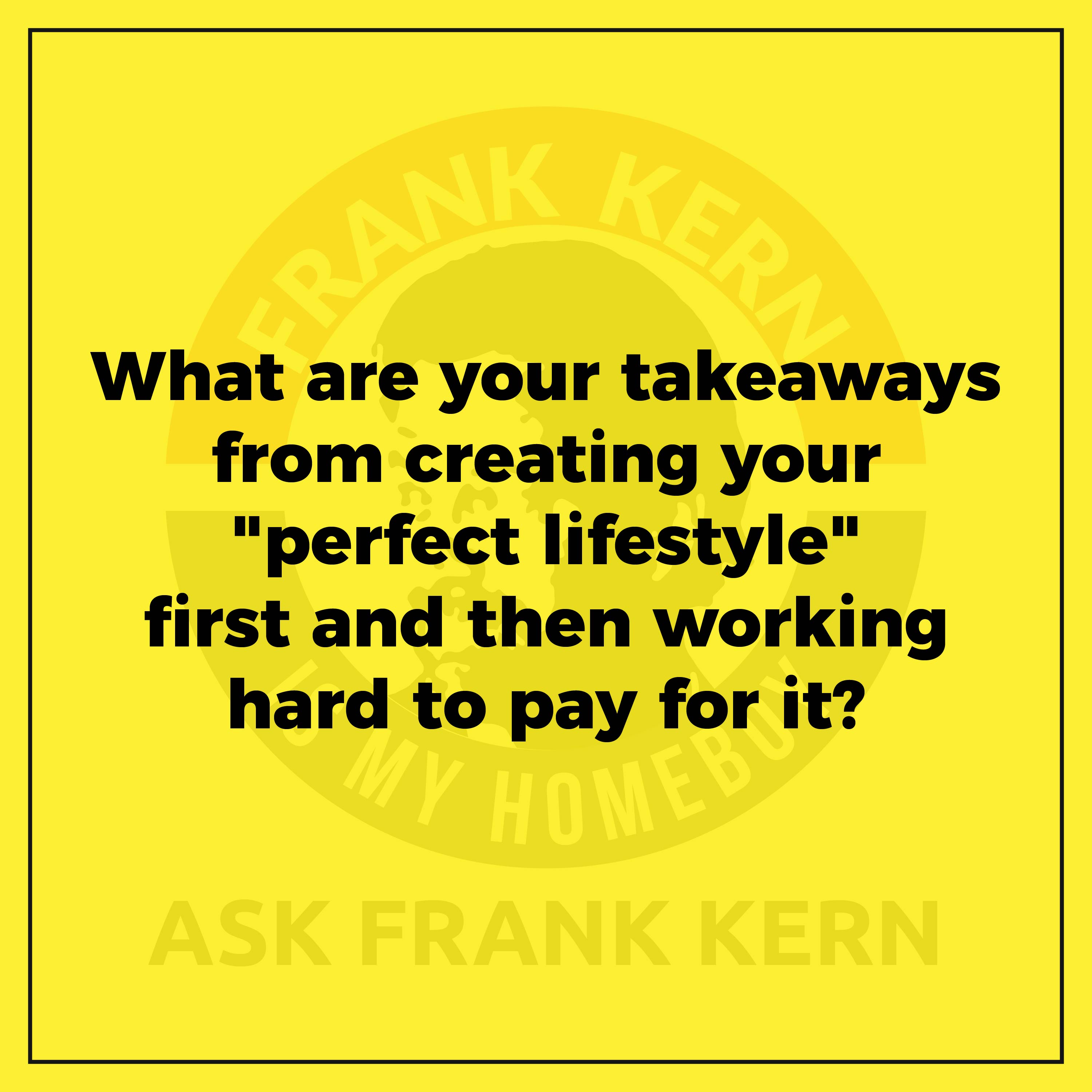 I think you went through either yours or a version of the perfect day experience where in a perfect day, this is what life would look like. Do you remember that day?

So I heard a story. This is kind of pivoting away from the marketing a little bit, but it is an interesting mindset. I heard a story from Dean Jackson, so Dean and I were talking and he said years and years and years ago, it was you and him and I wish I could remember who else was in the room, but a very small group of you guys were in a room. And I think you went through either yours or a version of the perfect day experience where in a perfect day, this is what life would look like. Do you remember that day? Is this an accurate story so far?

Yes. And it was all him. So it wasn't the, it wasn't a perfect day. It was a perfect lifestyle. Ah, yeah. Okay. That's right. That's right. So, so Dean was relaying the story to me and he said, there's just something about how Kern thinks that the rest of us never caught up until this day. And that was at the end of the experience. It was what is our perfect lifestyle. Everyone who was in the room, whoever it was, had their list. And now everybody got to work to say, okay, in. two three, five years, this is the lifestyle that I will have, and I will work towards it. Now that I have a piece of paper. And he said, you were the only one who said, okay, well, this is my perfect lifestyle. I'm going to go out and buy all the things and get the home and everything on my sheet, because if I have to work hard to get it in five years, I might as well get it now then work hard to pay for it. And, um, it was such a, oh, for me anyways, when he's relaying the story to me, he was such a big mind shift for me, because again, I would sit in myself in the category of, okay, let go. Let's work hard for three to five years, generate the income that I need to live the lifestyle that I wanted, my little sheet here. And then you just went out and said, well, hell, I'm going to, if I'm going to work hard anywhere, I might as well have the lifestyle today rather than five years from now. Nope. So the two questions are one, is that story true? And two, what would you speak to from that perspective of how one might consider perfect lifestyle? Perfect day, perfect approach. Because I'm going to assume that the most people, most people here who are starting a business started it because they wanted to achieve some sort of an outcome. Um, and they keep delaying that outcome, but they're working that hard for it. Like what would you say when you're speaking to that kind of concept?