What's it cost to get a qualified application filled out? 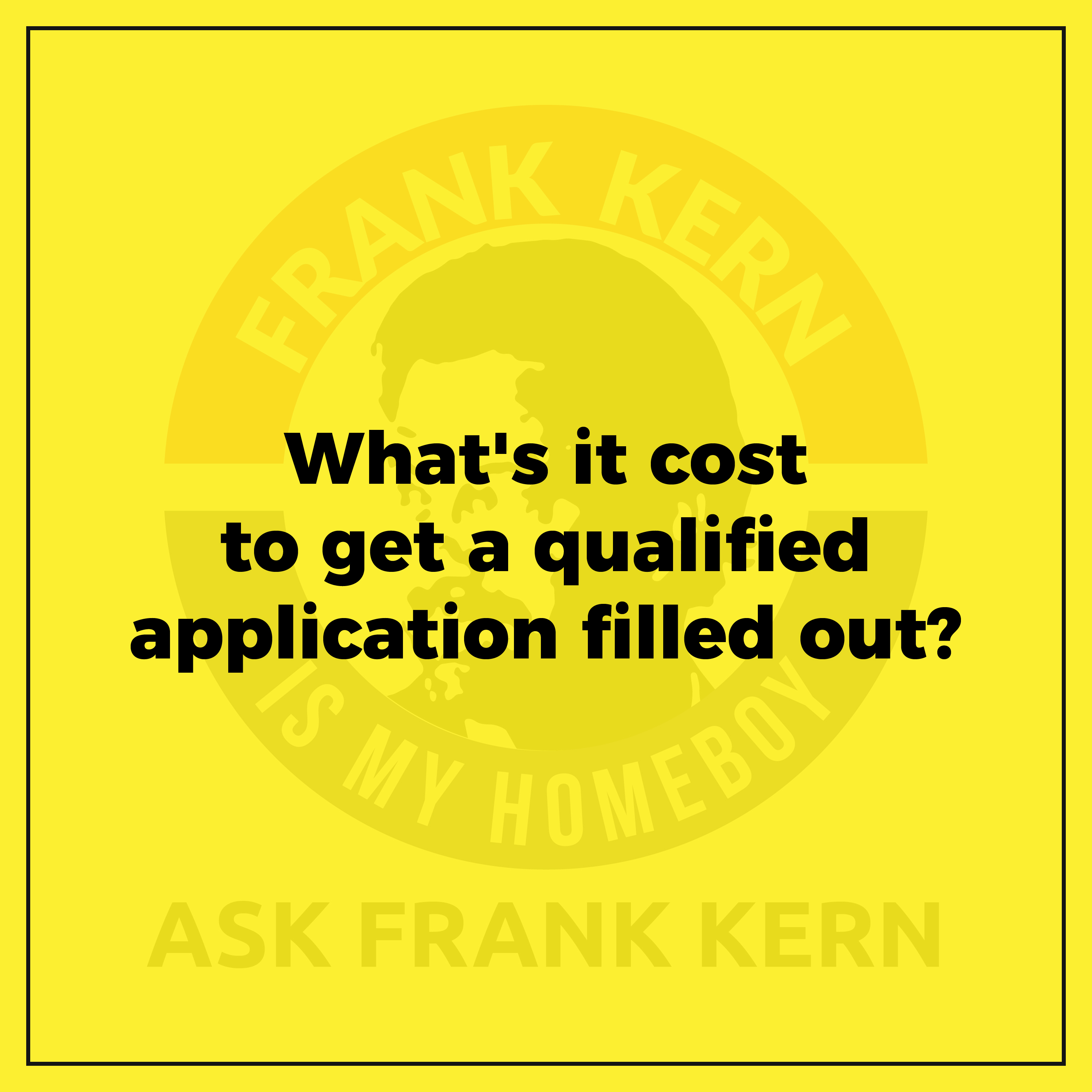 What do you think it would cost on average to get an application filled out, if I were to use intent-based branding? I know it's a difficult question, cheers. So the real question is, and I'm translating again...Hey man, I'm selling something...

What do you think it would cost on average to get an application filled out? If I were to use intent-based branding, I know it's a difficult question. Cheers. So. The real question is, and I'm translating again, Hey man, I'm selling something expensive and I want people to fill out an application before I'm agreed to talk to them.
What's it cost to get a qualified application filled out. And the answer is, of course everyone's a least favorite answered everything, which is, it depends on what you're selling, who you're selling it to, et cetera. Well, let's say you're selling marketing stuff to marketers, right? Um, so that's something we can all at least relate to from what we've been exposed to.
Generally speaking, they're going to need to spend anywhere between a hundred and $300 to get a qualified. Application filled out. So whenever we build an application funnel for my own business, I expect to spend about a hundred to 300 bucks to get. And the key word here is qualified application filled out.
So in our process, and I recommend everybody do does this, who actually talks to people, you know, time's the only thing we can't replace. So in all the process, You got to fill out, like, what type of business do you have a website? Do you run ads? Do you make any money? Do you know, we're going to try to sell you something, are you cool with potentially buying something?
And so if they don't answer that, right, they're not considered a qualified application. And I don't mean that in a bad way, they're not a qualified a human or whatever, but you get it right. So we pay anywhere between 103 hundred bucks for one of those. Um, but we're very stringent in that process, you know, and, and doing that and.
Over time. If you have a big enough warm audience, and if you've been building that using proper branding, then you can skip a lot of steps of the funnel entirely and drive people straight to an application. Now you have to do this deep funnel. People have to already be very familiar with your brand. So you're usually retargeting pretty heavily here.
And in that case, we'll pay like. You know, under a hundred bucks for one all day and that's pretty cool. Um, so there is that, but then you've invested a lot over time to create that retargeting audience. And it's kind of hard to quantify, you know, it was a figure a hundred to 300 bucks if you're selling in a hyper competitive overly saturated, super jaded market, like marketers.