What's the best way to drive traffic to a convenience store? 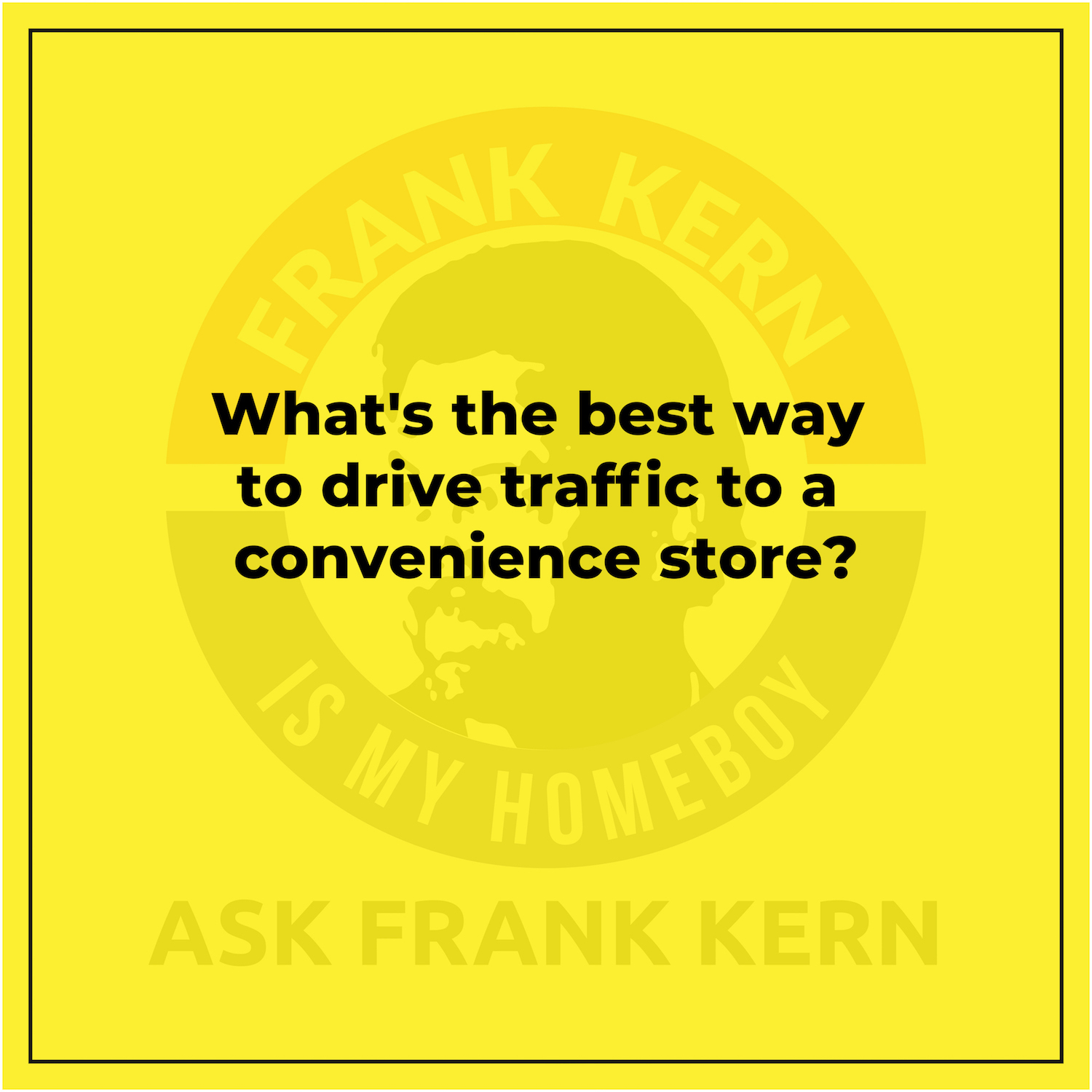 What's the best way to drive traffic to a convenience store? Dude, TV...TV on the phone. So we talked about this yesterday. I'll just do it real briefly...

What's the best way to drive traffic to a convenience store.
Dude TV TV on the phone. Um, so we talked about this yesterday. I, and I'll go, I'll just do it real briefly. So you just want to make a little video commercials for the convenience store itself. It doesn't have to be fancy, literally shoot it with your phone. And then you come over here. This is why I had that specific address typed into one of the campaigns.
Um, we come up in her and we say, give me that on there. Change your location targeting. Okay,
here what's uh, I'll just come up with a random address. I always use 1900 Collins Avenue in Miami, which apparently is a real address, right? Let's say that's the address of your convenience store. And it's unlikely that people that are farther than like, you know, let's say. Five miles probably there was probably a closer one, you know, dammit, Facebook don't give me problems.
Cool. All right. So we got it, everybody there and really anybody or a convenience store, you just want people, so any age, I wouldn't do any demographic segmentation at all. And then you just shoot a cheap, like, you know, 32nd ad or whatever. Hey, you know, over here. And then they were at seven 11 on the corner of Collins and you know, I don't know, monkey street, uh, we got slim Jims, two for a dollar come on down and see us.
Plus we got this, that and the other come on out and see us. And like, I wouldn't even have a damn link in there. And what you're getting with that is the power of a television commercial for fractions of pennies on the dollar. So that's the campaign you would set the video views. Objective. Not conversion.
Right? So you would do it at this campaign level. And I know that's kind of beyond what we are normally covering, but this just works so well for brick and mortar. It's ridiculous. So when creating the campaign nearly to start from scratch,
I would go for that video use. That will be your objective. You're going to, it's going to be so freaking cheap. And essentially what you want to do is just do that a lot. And saturate that neighborhood and you're going to be on Facebook and Instagram. Assuming you keep the video under two minutes, you don't have to be in it.
If you don't want to, you could use something like promo.com to make it. I got I'm testing a lot of ads using promo.com videos that don't even have me in them, but it's, you're just going to spread that ad message out there so effectively and so cheap, but you'll, you'll do quite well only challenges real hard to quantify.
You know, like you don't get to hit refresh and see how many people came into the store here. They do have a conversion objective, which is an in store visit that the tech is a little shaky on that. So I wouldn't really use it. So you've got to use something called redneck analytics. So if it's your store, you use redneck analytics, which has to be like, okay, this week, I'm not running the ads.
I'm going to count how many people came in the store every day, you know, split traffic next week, I'm going to run the ads. I'm going to count how many people come into the store. Did I get more this week with the ads? And I did last week without the ads, if yes, ads working, that's redneck analytics. And, um, that is like this dumb and simple as it sounds, nobody teaches it probably because it's real hard to spend a lot of money to teach that.
And it's like, That's all you gotta do. It's like, okay. Part one, five minutes later. Thank you for taking this course. Goodbye. Um, but it works like a charm man. Power of TV, but on the phone.