Would an e-com store brand benefit from the maximizer? 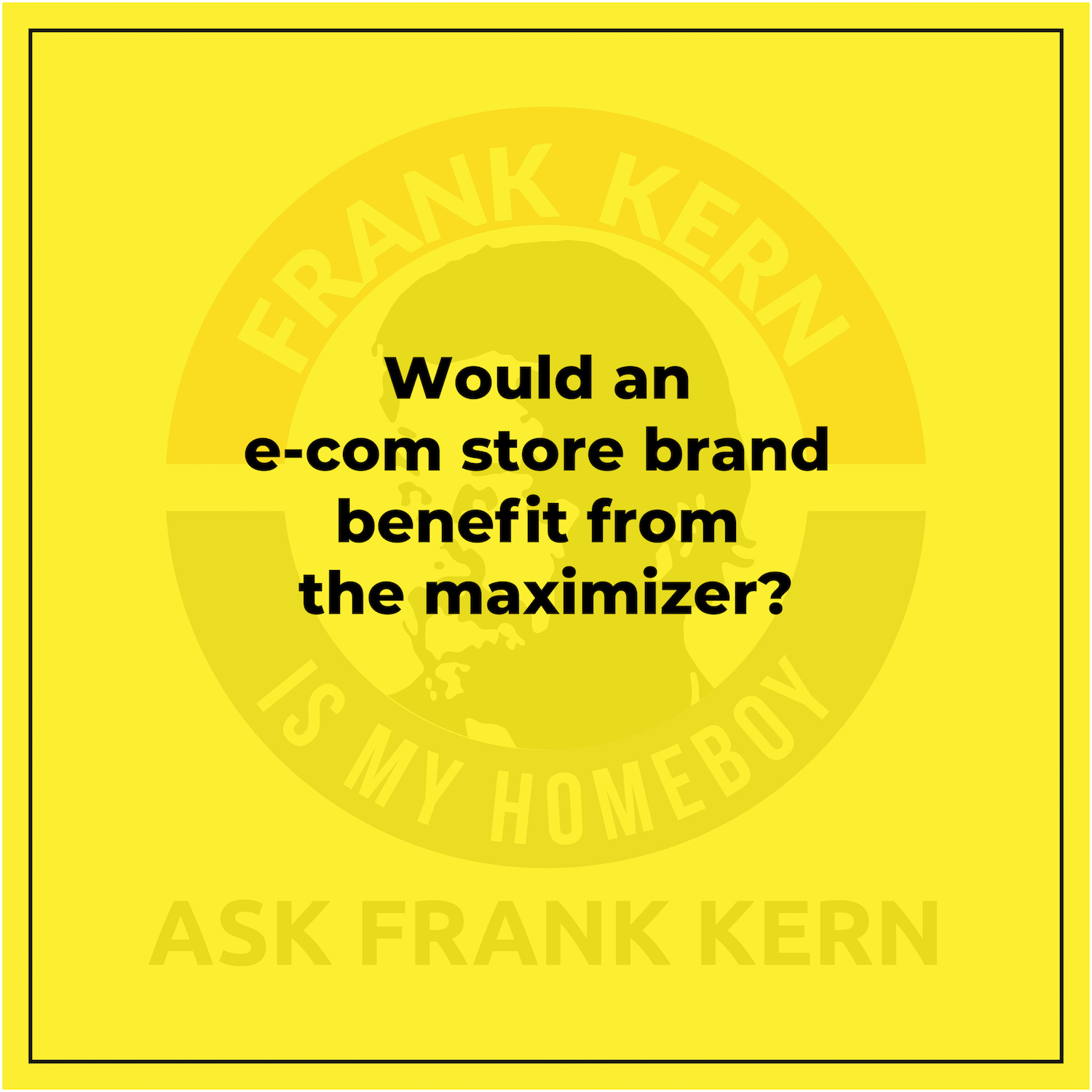 Would an e-com store brand benefit from the maximizer? Yeah! With e-com, where you guys fall off...

Would an e-com store brand benefit from the maximizer? Yeah. And with e-comm where you guys fall off and we've done, e-comm like we have an e-comm brand Katia love. And now of course, my wife, who is, he wants to kill me, uh, through stress. It's like, you know, I don't like the formula of our cosmetics.
I'm going to redo the entire thing and patent, uh, earlier today she wants to patent a bra. I don't even know what that is, but I'm like, we could just sell the stuff we got. It's pretty usually like it's not clean enough. Anyway. We're e-comm falls apart. Is order bombs, one-click upsells, um, pre transactional email capture and cart abandonment, and then backend, you know, so that's where it breaks the front end side of e-com, which is ads two landing page, depending on what sold, you know, so most of my knowledge is coming from spying on cosmetics industry for our brand.
The majority of it is either. Weirdly ads directly to like just the most basic freaking page ever, um, or ads to pillar content, like five ways to fix skin blemishes or whatever for super cheap, then there's banners to, you know, buy the stuff all over that page. And then we target them to Helen back. So where we would focus primarily is going to be after the click there.
Um, Because the, the front end acquisition stuff, it's not, was not really rocket surgery is still a lot of miser or methadone. You know, I would do that pillar content thing, like I mentioned today about the articles and stuff, but generally speaking, it's it's post-click is where e-comm really comes to, comes to shine or not.
Okay. Okay, cool. Yeah. When you sell it, um, I sell, well right now. Great question, Frank Kern. Um, I sell t-shirts. Okay. Primarily. And what I'm learning is t-shirts t-shirts are a tough sale, but there are people who still want to learn how to sell t-shirts and I've been around t-shirts for a long time. So I'm thinking about packaging that knowledge and teaching people how to sell t-shirts on internet, you know, because people are still pivoting, um, into that space thinking it's a lot of money.
I mean, you know, there's opportunity there, but. Just the how to do is what I'm moving into. Well, in that case, anytime you're selling information, then that's. Obviously our wheelhouse. So I would be very cognizant of, okay, what's the price point without a mind, what's the best sales process. And with that in mind where the hole is going to be in that process, and how do you pitch deck for that pitch stack for that process?
Um, unsolicited free advice, horse kind of advice in the world. I'll give it to you as advice he didn't ask for. And then I'm at Georgia. I learned that from Dan Kennedy, but if the t-shirt. Market is, is not as viable anymore. And it's harder to sell the t-shirts individually, just teach e-com in general, because it's going to be the same principles, you know?
And so it doesn't matter if you're selling a t-shirt or if you're selling skincare or if you're selling whatever, you know, okay. There's the same stuff. And that way you're, you're going to make sure you're giving people good information, because the last thing that you need is to show here's how to sell a bunch of t-shirts.
And they're like, Shit, man. It's hard to sell. T-shirts they're gonna be mad at you